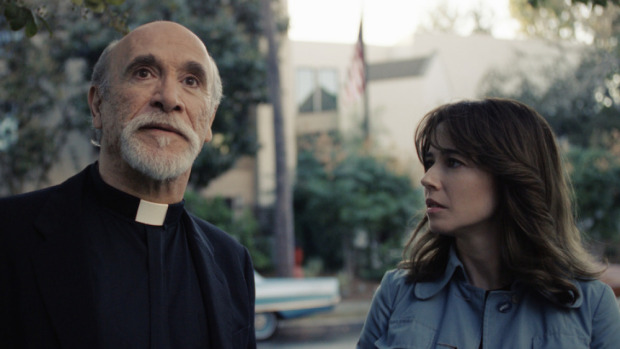 THE Curse of La Llorona has its share of suspense and horror, but has the same formula we’ve seen repeatedly in other films.

This isn’t to say it is weak, but when compared with other movies in The Conjuring Universe, the plotline and some scenes do seem a bit worn out.

However, we have to give producers Warner Bros credit for bringing the tale of the weeping woman, a Latin American folklore, to life.

But unless they can link it properly with the darkness of the other characters in the franchise then it is a wasted effort.

The only reference we get to Anabelle is from Father Perez (Tony Amendola), a character from the franchise, which in my opinion was not enough screen time as it could have been used to attract audiences to what’s coming next in the new instalment out in June.

However, the three main female characters were perfectly cast – with Linda Cardellini playing Anna Tate-Garcia, a social worker caring for mistreated children; Patricia Velasquez playing Patricia Alvarez, a mother who loses her two sons; and Marisol Ramirez as Llorona, a mother who drowned her two children in 1673 Mexico after her husband cheated on her turning her into a dark soul roaming the world looking for replacements.

Casting Raymond Cruz as retired priest-turned-traditional faith healer Rafael Olvera was also on point as it added a hint of humour to the movie.

The movie, which has a running time of 93 minutes, is being screened in Oasis Juffair, Vox Cineco City Centre, Seef Cineplex, Saar Cineplex, Wadi Al Sail, Mukta A2 and Vox The Avenues.