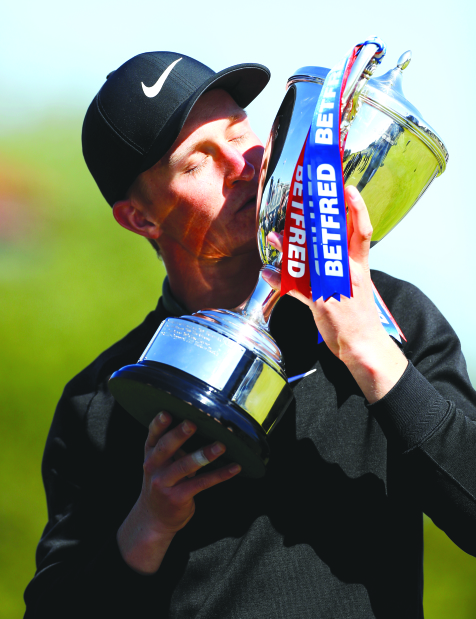 London: Sweden’s Marcus Kinhult fired a two-under-par 70 in the final round yesterday to clinch the British Masters trophy by a single stroke for his first European Tour title.

The Swede birdied the final two holes at the Hillside Golf Club in Southport to end on 16 under.

“It’s unreal. I’ve been dreaming about it for such a long time and to finally do it is amazing,” Kinhult, who was the overnight leader alongside Wallace, said.

“It’s hard to remember now. Just so much nerves and so much willpower. It’s a cool feeling.”

After being locked in a four-way tie earlier, Kinhult converted a birdie putt from eight feet on the final hole to become only the third Swede to lift the British Masters title after Alex Noren in 2016 and Johan Edfors in 2006.

Richie Ramsay was fifth on 12 under with Englishmen Jordan Smith and Paul Waring sharing sixth.

“It was a real fight today,” Kinhult added.

“It was tough. I just tried to stay patient, composed and somehow I made those two last birdies. It is great. This is a very prestigious event and a nice trophy to have. To get it as my first win is special.”

The European Tour has announced that the British Masters will return to Close House in Newcastle next year, with former world number one Lee Westwood becoming the first player to host the tournament twice.