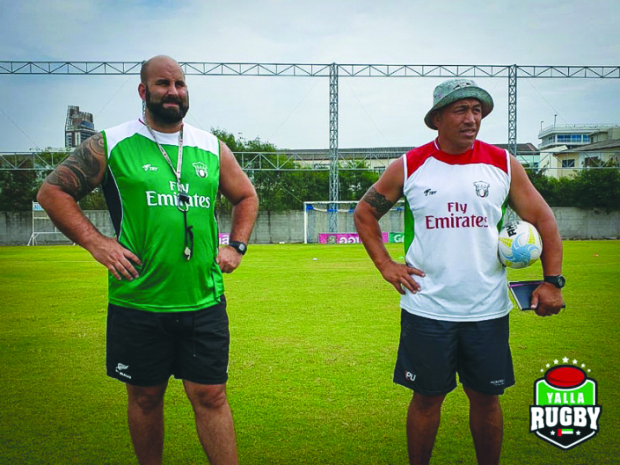 BAHRAIN RFC director of rugby Louie Tonkin has been rewarded for an outstanding club season by being appointed as assistant coach to the UAE national team for the upcoming Asia Rugby Championship Division Two tournament in Thailand next week.

The invitation came as something of a pleasant surprise for the affable Welshman, as coach of the only non-UAE team competing in the West Asia Premiership, but after leading his team to the overall championship following the dramatic grand final victory over Dubai Exiles in March, his credentials were difficult to ignore.

Tonkin duly attended the first of a series of training camps in Dubai last month, alongside UAE head coach and former Samoa international Apollo Perellini and the rest of the team.

He will be back in the UAE this weekend before the squad departs for Bangkok.

Currently ranked 71st in the world, the UAE will take on Guam, Kazakhstan and hosts, Thailand in quick succession over the week of May 14 to 18, with the winners promoted to division one for next season.

The tournament marks a welcome return to competitive action for the UAE national team after its governing body, the UAE Rugby Federation, pulled out of the competition seemingly without explanation in 2018.

With such a gruelling schedule ahead, the depth of the UAE squad – predominantly made up of expatriate players with more than three years’ residency in the UAE, along with a smattering of Emirati nationals – will be tested to its limits.

Among those included are Dubai Exiles forwards Jean Botes and Matt Mills, Abu Dhabi Harlequins playmaker Luke Stevenson and Hurricanes speedster Sakiusa Naisau, who have been some of the standout players in the West Asia Premiership over the last few seasons and will be familiar to Tonkin, albeit from the alternative perspective of opposition coach.

Tonkin will also get the opportunity to work alongside his counterpart from the Dubai Exiles Jacques Benade, with whom he has developed a pulsating but respectful rivalry over the last three years.