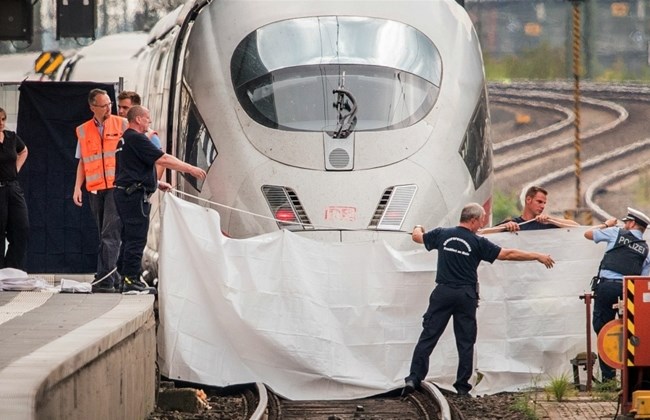 Berlin: An Eritrean man accused of killing an eight-year-old boy by pushing him under a train in Frankfurt last month is suffering from "paranoid schizophrenia", German prosecutors said Thursday.

In an attack which horrified Germany at the end of July, prosecutors laid murder and attempted murder charges against the man after a young boy was killed having been pushed in front of a high-speed train in Frankfurt station.

The boy's mother was also allegedly pushed onto the tracks before managed to roll to safety, while a 78-year-old woman was able to resist an attempt to push her onto the platform's stone bed.

According to the public prosecutions office, the 40-year-old suspect, who was remanded in custody, is suffering from "paranoid schizophrenia" and has been transferred to a psychiatric hospital.

Since his illness was believed to have been acute at the time of the attack, prosecutors believe he had "at least a considerably reduced ability" to control his actions.

The married father-of-three, identified by German media only as Habte A., had been undergoing psychiatric treatment this year, said police in the Swiss canton of Zurich where he lived.

Shortly before the deadly attack in Frankfurt, he had flown into a rage and threatened a neighbour with a knife and locked her up. He also trapped his wife and their children, aged one, three and four, in their flat before fleeing from Switzerland to Germany.

German police have said it appeared the suspect had not been listed as wanted in European police databases and had been able to cross borders freely.