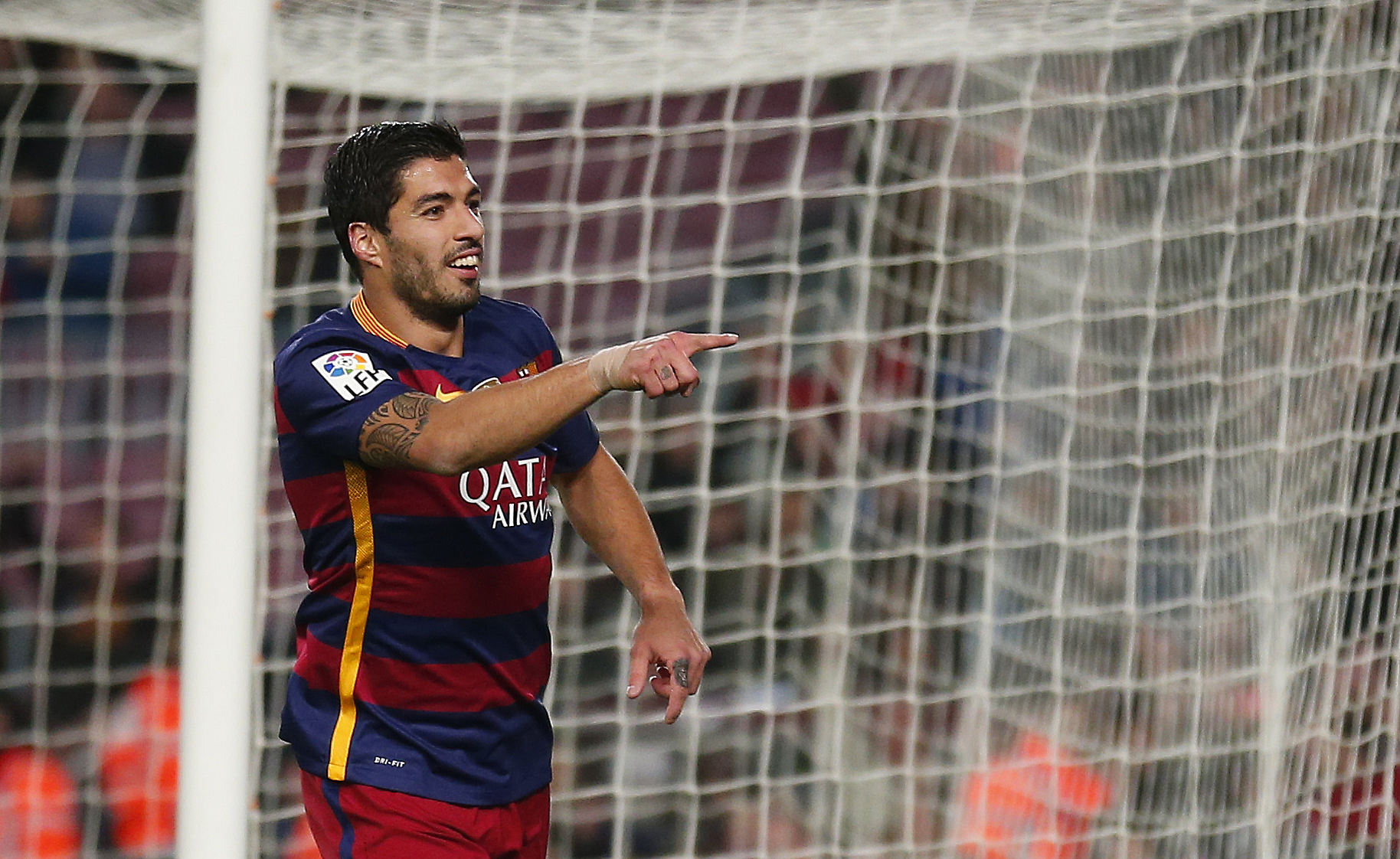 BARCELONA: Luis Suarez scored four goals and Lionel Messi grabbed a hat-trick as Barcelona all but wrapped up their King's Cup semi-final by crushing Valencia 7-0 in the first leg at the Nou Camp early this morning.

Barely seven minutes had elapsed when Neymar stole the ball from a careless Andre Gomes in midfield, raced forward and passed to Suarez who rifled a shot across goal past Mathew Ryan.

Barca went two up when Sergio Busquets sent a long ball down the right which Aleix Vidal pulled back for Suarez to blast past Ryan.

Valencia struggled to contain a Barca side with Neymar, Messi and Suarez creating danger almost at will.

Gary Neville's side rarely got near goalkeeper Marc-Andre Ter Stegen as Barcelona produced one of their best performances of the season with Andres Iniesta and Messi playing in their ninth King's Cup semi-final in 10 seasons.

Messi scored the third after a neat backheel from Neymar.

On the stroke of halftime Barcelona were awarded a penalty when Schkodran Mustafi brought Messi down and was sent off but Neymar hit the post to leave the score 3-0 at the interval.

Russian Denis Cheryshev came on as a substitute for Valencia just before Messi scored Barca's fourth in the 59th minute, taking a backheel from Suarez and weaving past two defenders.

Valencia had the ball in the net in the 69th minute after Cheryshev laid on for Rodrigo but it was ruled out for offside and Messi soon completed his hat-trick.

Suarez scored twice in the last seven minutes, a header from Adriano's cross and a shot from Arda Turan's square ball taking the Uruguayan's tally to nine goals in five matches and 35 for the season.

The second leg, in which Barcelona can afford to rest leading players, should be a mere formality in Valencia next Wednesday.