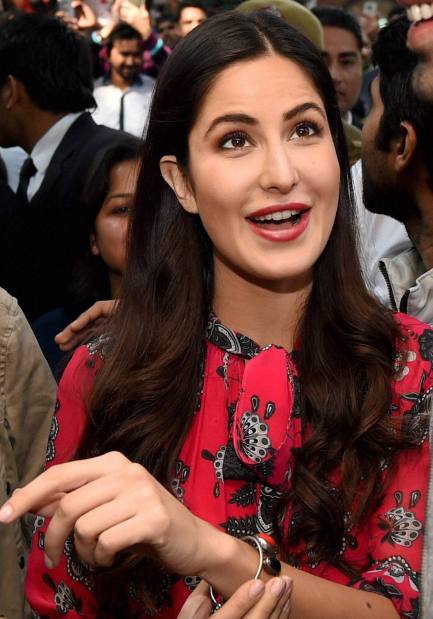 Actress Katrina Kaif refused to join the league of those colleagues of hers who feel there is rising intolerance in the country, saying India is very tolerant and she wants to live here all her life.

Many top names like Aamir Khan and Shah Rukh Khan have in the past expressed their concern over the incidents of "growing intolerance" though others such as Anupam Kher and Madhur Bhandarkar have openly shunned the debate.

"I'm not completely aware of the intolerance debate but I feel India is a very tolerant and a special place," Katrina told a news channel while promoting her upcoming romance movie ‘Fitoor’.

"When I came to India, I felt I came back home. The warmth here can't be experienced anywhere else. Wan't to live here all my life," she said.

The 32-year-old ‘Bang Bang’ star also spoke about her former boyfriend, superstar Salman Khan, who launched her in the industry.

When asked about the role of a godfather in Bollywood, Katrina, who came in limelight after starring in ex-boyfriend superstar Salman Khan's ‘Maine Pyar Kyun Kiya?’, said one person cannot bring someone huge success in life.

"Just one person can't bring you this success, I have worked very hard to be what I am," the actress said.

Katrina and Salman have also worked together in hits like ‘Ek Tha Tiger’ and ‘Partner’.

The actress has been in the news lately for her apparent break-up with actor Ranbir Kapoor.

Katrina, who has always avoided commenting on her relationship with the ‘Tamasha’ star in public, dodged the query on their split by first "passing the question" and then adding, "Who said I had a break-up or I was in a relationship with someone?"

"I respect Neetuji for working so successfully since such a young age. Privileged to have worked with her," Katrina said.