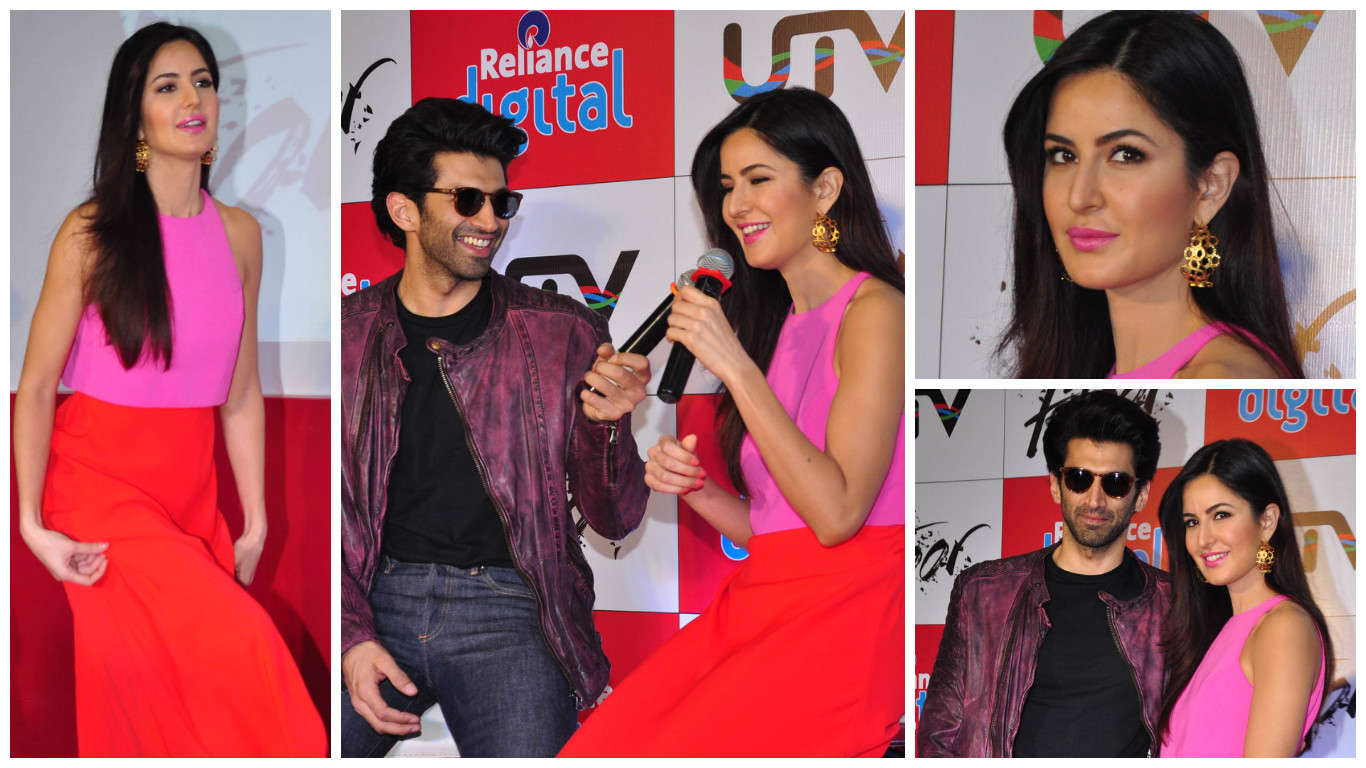 Director Abhishek Kapoor attempts a big leap of faith with Fitoor. The film seeks to bridge the Kent and London of Charles Dickens' Great Expectations and the lovingly lensed Kashmir of this epic Bollywood love story and pulls it off.

Fitoor is wrought with such care that it is always easy to see the amount of thought that has gone into the unusual cinematic transliteration of a classic novel.

Because of the mellow approach adopted by the director, parts of the film may appear a tad stodgy, especially to those accustomed for a more conventional variety of storytelling.

But thanks to the outstanding cinematography (Anay Goswamy), the top-notch performances and a screenplay (Supratik Sen and Abhishek Kapoor) that steers clear of dramatic excess, Fitoor is never less than watchable.

A reticent Kashmiri boy Noor (Aditya Roy Kapoor) who lives in a humble abode with his sister and brother-in-law drifts away from his social moorings when he flips on first sight for Firdaus (Katrina Kaif), daughter of a wealthy and eccentric heiress, Begum Hazrat Jaan (Tabu).

He is an artist whose fingers are endowed with exceptional skill. As the boy grows out of his teens, he emerges as a promising sculptor and painter who, aided by a mysterious benefactor, makes it to a six-week residency programme in Delhi.

From here on, Noor does not look back, but he repeatedly feels the pull of the love that he nurtures for the beautiful Firdaus.

What makes matters worse for the infatuated young man is that the girl's reciprocation to his advances is anything but whole-hearted.

Fitoor, a relationship drama in which nothing is as it seems on the surface, is a visual treat that reveals the many faces of Kashmir seen through dense wintry mist and bursts of light as the seasons change in the Valley.

The landscape provides the backdrop for a story of love and rejection that plays out subtly, drawing the three principal characters into its ever-changing vortex.

Tabu delivers a magnificent performance that must rank among her very best. Like the moody Valley, her look and demeanour transform themselves with the inexorable passage of time.

The young lovers also feel the impact of time and destiny as they grapple with their hearts pulling in conflicting directions.

Although the tinted, soft focus love scenes in Fitoor are rather coyly, Aditya Roy Kapoor and Katrina Kaif manage to inject energy into their slow-burning onscreen relationship.

The story straddles two generations and the turmoil in the Valley is alluded to at many junctures. But the script keeps the complex politics of the place down to the bare minimum, which probably robs Fitoor of a bit of frisson.

But there is so much else in the film to savour, not the least of which is the camerawork, the minor drawbacks do not dent the overall edifice of the film. Definitely worth a watch.