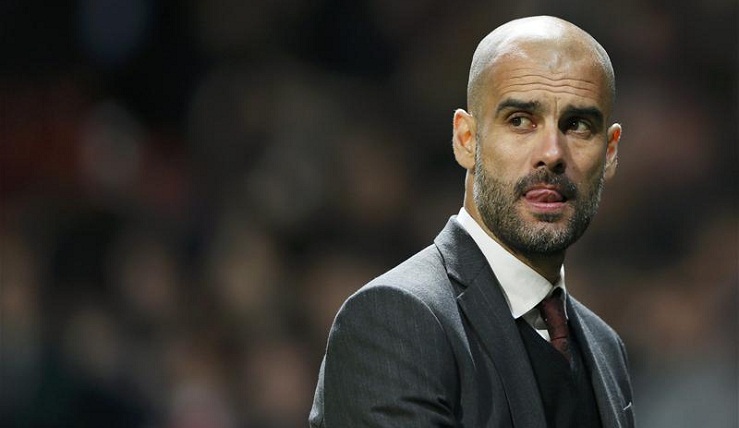 Berlin: Pep Guardiola acknowledges Bayern Munich has a height problem ahead of their key Champions League clash at Juventus as an injury crisis has left them short at the back -- literally.

While striker Robert Lewandowski is head and shoulders above his rivals, scoring twice in Sunday's 3-1 win at Augsburg, injuries meant Bayern fielded a back four with an average height of under five foot nine inches (1.75m).

"Every team in the world is stronger in the header than we are. It's not an ideal situation," complained Guardiola ahead of next Tuesday's Champions League clash in Turin.

Guardiola has been stripped of centre-backs after Holger Badstuber fractured an ankle in training last Saturday, while Javi Martinez and Jerome Boateng are sidelined long-term by knee and groin injuries.

Medhi Benatia is returning from injury, while loan signing Serdar Tasci is lacking conditioning after joining from Spartak Moscow and was concussed in his first training session.

Up front, Bayern are scoring goals for fun through two giants of the game.

Lewandowski has 21 goals in 20 league games with 31 in all competitons, while Thomas Mueller has also hit 15 league goals in a total of 22.

"Then we'll just have to stop them jumping higher," joked Bayern's director of sport Matthias Sammer.

"They'll have to make their presence felt for crosses, but Philipp, Joshua or Juan are all incredibly savvy."

Bayern are desperate to farewell Guardiola's departure for Manchester City with silverware at the end of the season after exiting the Champions League at the semi-finals stage for the last two seasons under the Spaniard's steerage.

But their injury situation could be a blessing in disguise as Guardiola's current back four are all fleet-footed and have their team-mates' trust.

"They are all strong in the tackle, dedicated, fast and have everything you need, maybe except the size of a classic central defender," added the Germany forward.

Bayern host mid-table Darmstadt on Saturday, then Juventus on Tuesday, before two key away German league matches as they look to protect their eight-point lead at Wolfsburg, on February 27, and second-placed Borussia Dortmund on March 5.

"We need to show plenty of spirit," said Sammer.

"We have to be able to prove we can live with playing there (at Wolfsburg and Dortmund).

"I'm sure the team will manage it."