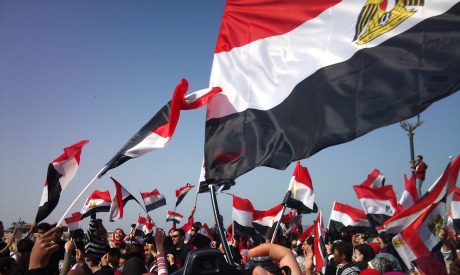 Egyptian writers, artists and film-makers have launched a public campaign for greater freedom of creativity and expression following the jailing of a novelist on charges of violating "public modesty" through his writing.

The campaign, in solidarity with author Ahmed Naji, launched a series of video messages from intellectuals in support of creative freedom.

In the first video, well-known Egyptian scriptwriter Medhat El Adl said the sentence against novelist Ahmed Naji came as an "extreme shock" to writers and artists, and expressed concern for the future of art in Egypt.

"If this is how it is, my published novels contain things that would put me in prison too," said best-selling author Alaa Al Aswany, adding that he has signed petitions, along with hundreds from the field, requesting Naji be freed.

Naji's detention this month hit the Egyptian artistic and intellectual community hard as it followed recent sentences handed to TV presenter and researcher Islam Behery, who is serving a year-long prison sentence for "defaming religious symbols" and the writer Fatma Naoot, who has appealed a three-year sentence for defaming Islam.

"We are many, and our voice is rightfully loud; We have three hostages taken by the state," said author Mahmoud El Wardany at a conference Wednesday discussing ways to support the creative scene. "I ask that the pressure be very strong."

Former Google executive Wael Ghonim, who helped ignite Egypt's 2011 uprising, also criticised the verdict against Naji. Several state-owned artistic publications were issued with their front pages either blank with just a few words expressing support for free speech, or with portraits of Naji.

A new satirical page was launched on Facebook mocking the idea of violating someone's "modesty" and posting drawings of explicit material from ancient Egypt and Arab heritage.

Rights lawyers and activists say cases filed by the public prosecution against writers and thinkers for issues related to "virtue" or religion have spiked under the rule of President Abdel-Fattah El Sissi, who has called for religious reforms to combat extremism.

As an army chief, El Sissi led the popular overthrow of former Islamist President Mohammed Morsi in 2013 amid mass protests against his rule. Egyptian artists and writers were among Morsi's most outspoken critics.

"Those who were in your place before you have withered away because of similar actions, and the same way of thinking," prominent TV host Youssef El Hosseiny said in his show earlier this month, an implicit warning that El Sissi cannot afford to alienate Egypt's artists and intellectuals.

Culture Minister Helmy El Namnam attended a conference supporting Naji, the third conference held to discuss the novelist's sentence in as many days.

Naji's case trial stems from a complaint filed by a private citizen and taken up by the prosecution after Akhbar Al Adab magazine published an excerpt from Naji's novel, The Use of Life, in August 2014. The excerpt contains explicit descriptions of sexual acts and hashish use by the characters.

Naji's lawyers and the arts community have argued that the law in question, which prohibits publishing anything that "violates public modesty," is unconstitutional. Egypt's constitution states that artists, writers, and other creative individuals should not be imprisoned for their work. Naji said his book, which was printed in Beirut, was approved by Egyptian censors, and has been available in local bookstores.

The author was initially acquitted but after the case garnered widespread media coverage prosecutors appealed the verdict, and in the latest ruling he received the maximum penalty of two years imprisonment.