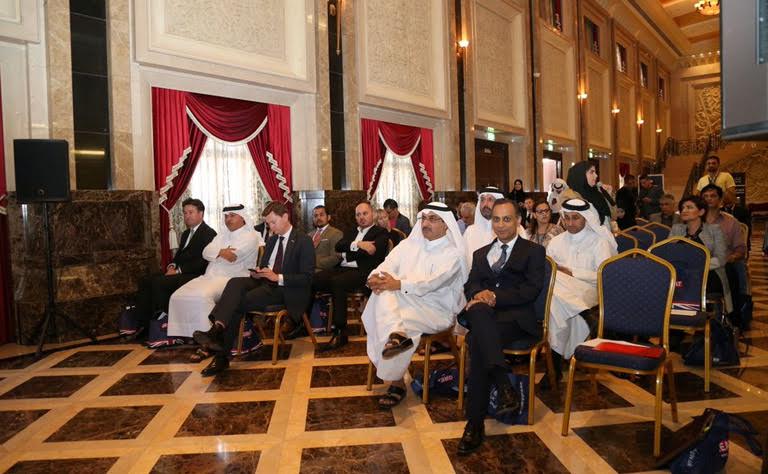 Qatar: The Embassy of the United Kingdom and the Katara Cultural Village (Katara) launched the third annual Great British Festival. The festival runs from March 6 to March 19 and is organised by the British Embassy, in partnership with the British Council. It was officially opened by UK Ambassador to Qatar Ajay Sharma alongside Marketing and International Affairs Director of Katara Cultural Village Darwish Ahmed.

HE the Ambassador said the fortnight of celebrations will showcase the best of British culture, education, tourism and business, adding that this year it features everything from traditional British spring fetes to a football tournament, activities in hotels and a range of events marking the 400th anniversary of the death of playwright William Shakespeare. HE the Ambassador said, "I am proud to launch the Great British Festival Qatar 2016, which promises to be the most enjoyable yet. The festival provides a fantastic platform for both countries to forge new partnerships in commerce, tourism, culture, education and science. I encourage residents in Qatar to get involved over the next fortnight and enjoy some of the superb activities on offer".

Three events are planned to mark 400 years of Shakespeare. The Reduced Shakespeare Company will perform all his plays in just 97 minutes on March 11; the movie Much Ado About Nothing - arguably the best film adaption of Shakespeare - will be screened on March 15, and Qatar's Philharmonic Orchestra will play a selection of famous music inspired by Shakespeare to close the festival on March 19.
Prospective students are invited to visit the annual "Study in the UK" exhibition from Sunday 13 -Monday 14 March. The Exhibition will provide students with an unmissable chance to speak with representatives from over 30 of UK's most popular universities and colleges.

A number of British researchers from University College London in Qatar and in partnership with UNESCO, will be sharing recent archaeological investigations about the origins of Qatar and its historic towns at a "Cafe Scientific" event organised on Thursday 17 March at the Museum of Islamic Art Park Cafe II. Frank Fitzpatrick, Director of the British Council Qatar, commented, "The British Council is delighted to once again support the Great British Festival, Qatar, now in its third year. I look forward to another programme that welcomes the strength of our relationship with Qatar while creating opportunities for further collaboration and the exchange of knowledge and ideas".

The cultural partner of this year's Great British Festival is Katara Cultural Village, while Qatar Shell, Ezdan Holding Group, Park House Community initiative and Blue Rubicon are official sponsors. Other events during Great British Festival include two traditional British spring fetes which will take place throughout the day on Saturday 12 March. The first will take place at Park House English School in Abu Hamour, from 10 am to 1 pm, and the second will take place at Compass International School in Madina Khalifa from 9 am to 12 pm. The traditional fetes will feature games, craft stalls, a bouncy castle, a bake sale, a barbecue, and cream tea will be served.

In addition to the fetes, many of Doha's favourite hotels will also be providing special menus inspired by the best of British cuisine, including afternoon teas, British brunches, roast dinners and more.
Closing the festival on Saturday 19 March, Aleksandr Markovich will conduct the Qatar Philharmonic Orchestra as they play a selection of famous music inspired by Shakespeare's plays, including Tchaikovsky's Romeo and Juliet, and Richard Strauss Macbeth.