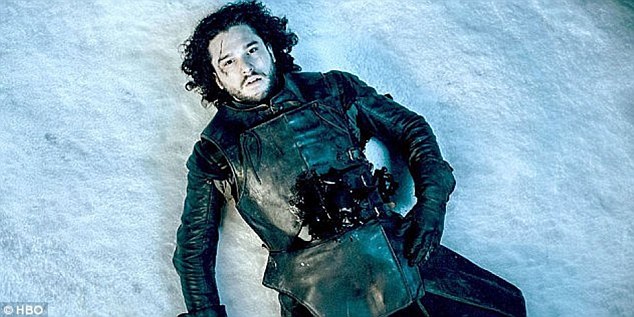 The actor reveals he knows "how long I’m a corpse for" but cannot tell; fans will wonder at the significance of playing a corpse for an extended period of time. (HBO Photo)

Actor Kit Harrington has finally revealed that Jon Snow will definitely be returning for season 6 of 'Game of Thrones'.

The actor said that he shot scenes for the upcoming series, in an interview with TimeOut London.

While this news offers fans a glimmer of hope, they may not be too thrilled to discover that he will only be playing a corpse.

"Look, I’m not in the show any more," he said, when initially asked about his character's appearance in season 6. "I’m definitely not in the new series."

However, when further asked if he had filmed any scenes, he replied, "I filmed some scenes of me being dead", and jokingly added, "it’s some of my best work."

But he did provide a silver lining when asked whether he knows what will happen in the series, or if he has, in fact lost his privileges now that he's been 'killed off'.

Gauging from previous experience, fans can only wonder for how long that could be, since any other bodies of George R R Martin's many literary victims have not hung around for long, after their deaths.