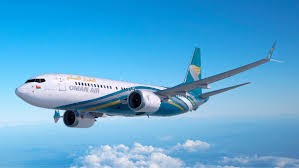 Muscat: Oman Air announced that it would continue cancelling further flights during the new year, due to the grounding of Boeing 737 Max aircraft since March 2019.

Oman Air has five 737 Max grounded and 25 in order, which are yet to be delivered.

Boeing and the US Federal Aviation Administration (FAA) confirmed they are reviewing a wiring issue that could potentially cause a short circuit on 737 MAX, Oman Observer reported.