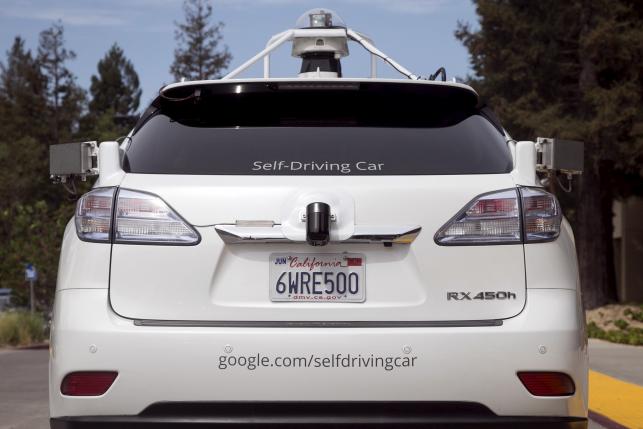 The rear of a Lexus SUV equipped with Google self-driving sensors is shown during a media preview of Google's prototype autonomous vehicles in Mountain View, California September 29, 2015. (Reuters Photo)

Britain said it will begin a trial of driverless cars on motorways for the first time in 2017, as it moves towards its goal of allowing autonomous cars to take to the streets by 2020.

The government said last year there were no legal barriers to the technology being tested and gave the go-ahead for vehicle trials to start on some local roads.

Chancellor George Osborne will announce plans on Wednesday to test vehicles on motorways and say the government will bring forward proposals to remove regulatory barriers to the technology, the Treasury said.

"Naturally we need to ensure safety, and that's what the trials we are introducing will test," Osborne said in a statement ahead of his annual budget presentation.

"If successful, we could see driverless cars available for sale and on Britain's roads, boosting UK jobs and productivity."

The market for autonomous driving is worth 900 billion pounds worldwide, according to the government, but needs to overcome legal obstacles including determining who would be responsible in the event of an accident.

Driverless car testing will be restricted to vehicles with a person present and able to take control should the need arise, Britain's Department for Transport has previously said.

On Friday, the top U.S. safety agency said there were still significant legal hurdles to be cleared before self-driving cars without steering wheels and gas pedals could be sold in the United States.

Alphabet Inc unit Google wants to eventually be able to deploy fully autonomous vehicles without human controls, and major automakers are racing to develop vehicles that can drive themselves at least part of the time.