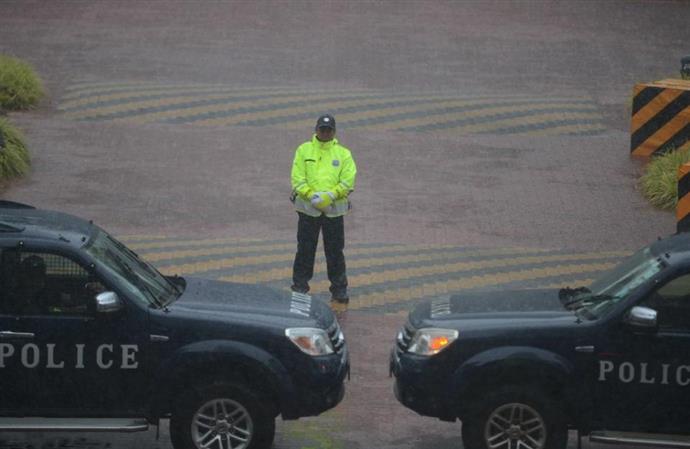 Two Singaporean men- Mohammad Razif Yahya, 27, and Amiruddin Sawir, 53- were arrested in August 2015 and held under the Internal Security Act (ISA), which allows for detention without trial.(AFP Photo)

Singapore: Four Singaporeans have been arrested under the city-state's tough Internal Security Act (ISA) for joining or attempting to join armed groups in the Middle East, the interior ministry said on Wednesday.

Two men- Mohammad Razif Yahya, 27, and Amiruddin Sawir, 53- were held in August 2015 under the ISA which allows for detention without trial, the Ministry of Home Affairs said.

Both men had gone to Yemen at different times for religious studies but also took part in its sectarian conflict, it said.

The ministry said the men volunteered for armed sentry duties at the religious institution where they were studying and were involved in gun battles against Yemen's Houthi rebels.

"Razif and Amiruddin were prepared to kill and be killed as 'martyrs' in the sectarian conflict in Yemen," it said in a statement.

"By taking up arms in Yemen, they have demonstrated a readiness to use violence to pursue their religious cause. As such, they are assessed to pose a security threat to Singapore."

A third man, Mohamed Mohideen Mohamed Jais, was in Yemen from 2009 to early 2011 for religious studies. During his time there, Mohideen performed armed sentry duty but is not believed to have been involved in firefights.

He has been issued with a restriction order, which means his movements will be monitored and he will have to attend religious counselling sessions.

The fourth person, Wang Yuandongyi, 23, was also put under a restriction order for intending to join the Kurdish militia to fight the Islamic State (IS) group in Syria.

In January he travelled to an unnamed country from where he intended to make his way to Turkey and then Syria, but was caught and sent back to Singapore.

The ministry said Wang brought along his combat boots and uniform issued by the Singapore Armed Forces during mandatory conscription.

It said Wang's action was not ideologically driven as he had intended to fight against the IS group, but he still wanted to engage in an armed conflict overseas.

"The Government takes a stern view against anyone who supports, promotes, undertakes or makes preparations to undertake armed violence, regardless of how they rationalise such violence ideologically, or where the violence takes place," the ministry said.

"The threat of radicalisation remains a high concern, whether online or through some religious leaders," said terrorism analyst Rohan Gunaratna of the S. Rajaratman School of International Studies.

Gunaratna said any overseas exposure to military conflict was a cause for concern, given the expansion of the IS group within Southeast Asia.

"The region now faces an imminent threat of IS-directed or -inspired terrorism," he said.