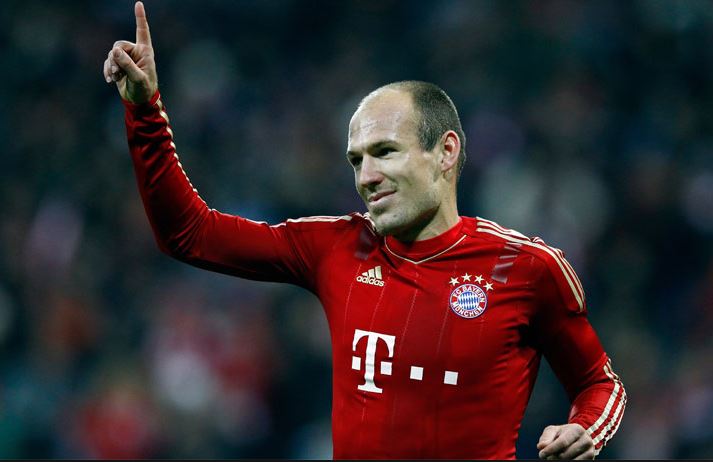 The 32-year-old winger has been struggling with a cold for the last two days and sat out Tuesday's session at Bayern's Saebener Strasse training centre in falling snow.

The Dutch star trained indoors and Bayern coach Pep Guardiola hopes his winger will be fit for the match at Munich's Allianz Arena after the first leg finished 2-2 in Turin.

"I hope he can play, but I don't know," said Guardiola.

Bayern are hoping to reach the quarter-finals in Europe for the fifth season running, but face a tough task against Italian league leaders Juventus.

With all his forwards fit, Guardiola admits the part of the job he hates the most is deciding who to leave out with eight players vying for five spots.

"I love my job, but I hate this situation," he said.

Both sides have been hit by injuries in the build-up.

Juventus coach Massimiliano Allegri suffered a setback on Monday as key players midfielder Claudio Marchisio and striker Paulo Dybala were both ruled out with calf injuries.

Allegri is already without defenders Giorgio Chiellini and Martin Caceres as Juventus chase their first Champions League win in Munich since 2004.

Guardiola is set to again pair midfielder Joshua Kimmich with Mehdi Benatia at centre-back as Jerome Boateng, Javi Martinez and Holger Badstuber are all sidelined.