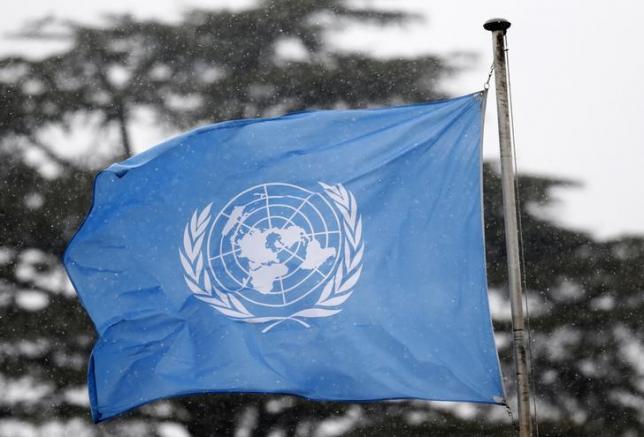 A United Nations flag flies outside the the European headquarters of the United Nations ahead of new round of meetings for the Syria talks in Geneva, Switzerland, March 16, 2016. (Reuters Photo)

A former United Nations official with decades of experience in senior positions accused the world body of "colossal mismanagement," saying on Friday it had failed to uphold the principles for which it was established.

Anthony Banbury, former head of the U.N. mission to combat the Ebola epidemic in West Africa, made the remarks in an op-ed column on the New York Times website.

He had overseen the establishment of the U.N. mission to eliminate Syria's chemical weapons programme.

"In terms of its overall mission, thanks to colossal mismanagement, the United Nations is failing," Banbury said.

"Reforming an organisation...whose rules were designed really for a talk shop in 1945 and transforming them into a much more field-oriented, service-oriented, action-oriented organisation is a complicated process," Dujarric said.

Banbury described the 'Orwellian admonitions and Carrollian logic' of the U.N. bureaucracy, where hiring new talent takes 213 days on average and is due to expand to more than one year under a new recruitment system.

"Too often, the only way to speed things up is to break the rules," he said. Banbury described how in order to understand unsafe burial practices that caused half the Ebola cases, he hired an anthropologist who "turned out to be worth her weight in gold."

Banbury referred to the "minimal accountability" at the U.N., citing as an example the "manifestly incompetent" chief-of-staff of a large peacekeeping mission.

"Many have tried to get rid of him, but short of a serious crime, it is virtually impossible to fire someone in the United Nations," he said. "In the past six years, I am not aware of a single international field staff member's being fired, or even sanctioned, for poor performance."

It appeared to be a reference to the U.N. peacekeeping mission in Sudan's war-torn Darfur region. Reuters reported in December 2014 on how Russia blocked a request by the United States, Britain and France for the U.N. to sack the Russian chief-of-staff of the U.N.-African Union peacekeeping mission.

Aicha Elbasri, a former spokeswoman for the mission, said at the time that the Russian diplomat was responsible for withholding information from U.N. headquarters and the Security Council about Sudanese government attacks on civilians and peacekeepers in Darfur.

Banbury said one of the worst examples of the U.N.'s failures was in Central African Republic, where international peacekeepers, including troops wearing U.N. blue helmets, have been accused of sexual abuse and rape.