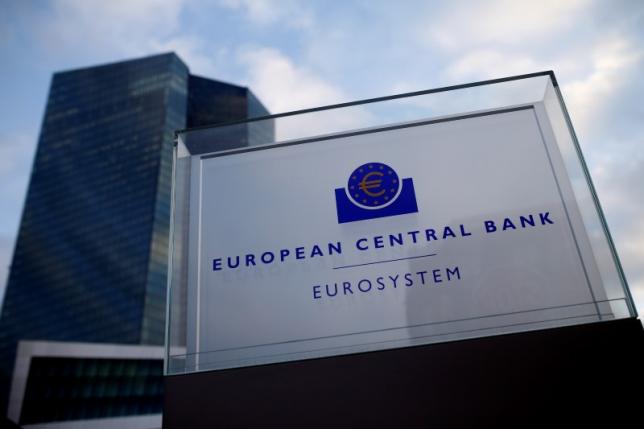 Paris: The European Central Bank's plan to buy corporate bonds to help the eurozone economy is boosting the private-sector debt market which promptly responded with a new record-sized company bond.

With interest rates near or below zero and few other monetary policy tools left in its arsenal, the ECB announced earlier this month that it would begin buying non-bank corporate bonds in addition to the government bonds it has been purchasing to stimulate the economy.

That immediately livened up the corporate debt market, with companies rushing out issues and borrowing costs falling.

Less than a week after the ECB's announcement, and months before it is to actually buy any bonds, a new record for a euro-denominated corporate bond issue was set on Wednesday when brewer Anheuser-Busch InBev said it was seeking to raise 13.25 billion euros ($14.9 billion).

That easily beat the previous record of just under 10 billion set by Swiss pharmaceutical group Roche in 2009.

In a sign of a broader response, the volume of new corporate and bank issues on Wednesday struck the highest daily level since May 2001, the Financial Times reported, citing information from data company Dealogic.

"In our view this highlights the current positive backdrop for primary issuance induced by the ECB's new easing measures" and particularly the new corporate bond programme, credit analysts at Dutch bank ING wrote in a note to clients.

Deutsche Telekom also returned to the market for the first time since 2013, to raise 4.5 billion euros.

Borrowing costs have come down sharply.

The return to investors on bonds issued by French yoghurt giant Danone due in 2020 fell from 0.39 percent on March 9, a day before the ECB's announcement, to 0.25 percent a week later.

The yield on bonds maturing in 2021 issued by German manufacturing giant Siemens similarly slid from 0.30 percent to 0.25 percent.

Details of the ECB's plan have yet to be decided, although it is to begin mid-year and the central bank will only purchase euro-denominated debt with an investment-grade rating from credit ratings agencies.

But the ECB wading into the corporate market directly will cut risk further as it offers reassurance in case of a return of angst about the economy.

Competition for assets will increase, thus likely lowering borrowing costs for companies even further, and the effect will probably spread as investors look to also buy assets outside the ECB's scope of action.

In fact, that's what the central bank hopes will happen.

ECB executive board member Peter Praet said in an interview with Italian daily La Repubblica on Friday that "the initial effect of our purchases will spread to other assets and other markets".

Analysts at Citi Research called the purchasing of corporate debt an important broadening of the ECB's policy toolkit.

Despite interest rates coming down and access to low-cost central bank funding, commercial banks haven't stepped up lending, which has been holding up growth.

In addition to the corporate bond purchases, the ECB also announced earlier this month a programme to effectively pay banks if they step up their lending.

Analysts are however concerned about some of the practical aspects of the plan to buy corporate bonds.

"Nobody knows how the ECB will do it," said bond market analyst Rene Defossez at Natixis. "The problem is that there isn't a considerable stock as the market is much smaller than for that of sovereign debt."

Some 400 to 500 billion euros of bonds meet that criteria, according to a study by the German lender Deutsche Bank.

Valentine Ainouz, a credit strategist at Amundi, a top asset management firm, expressed concern "the ECB may find it difficult to buy on the secondary market" where already-issued corporate bonds are traded.

"It is thus possible that it moves into the primary market" and buy bonds directly when they are issued, which is something it cannot legally do with government debt, she said.

But primary market purchases could see the central bank accused of picking winners and losers among eurozone companies.

For its part, Deutsche Bank said it believes "meaningful execution risks remain" and that the "ECB might turn out to purchase significantly less than the market may be expecting at the moment".