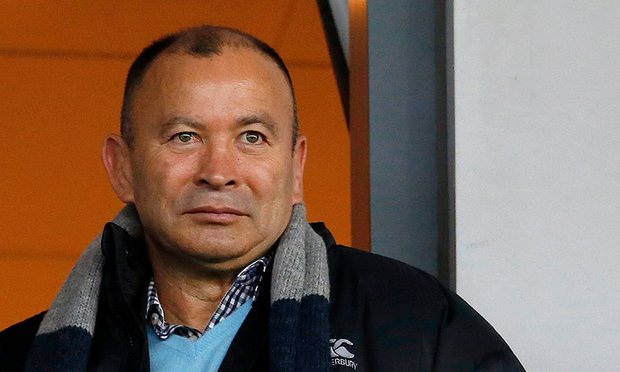 Paris: Basking in the glory of delivering England a Six Nations Grand Slam, Eddie Jones hailed his band of young guns as a squad that will conquer the mighty All Blacks in a couple of years.

What Jones has achieved in little more than 100 days in charge of the Red Rose outfit is nothing less than astonishing.

Most of the team played at the World Cup, when England failed to get out of the pool in a miserable display under Jones' predecessor Stuart Lancaster.

That last Six Nations sweep came in 2003 when England went on to win the World Cup, with Jones then coach of losing finalists Australia.

"To win a Grand Slam without lighting up the sky is, in a way, a compliment," ex-Wales No 8 and captain Eddie Butler wrote in the Guardian after watching England ease past France.

"This was not like the team of 2003 approaching a zenith; this was a team in the throes of rediscovery and reconstruction. They have been uplifted by Eddie Jones, led intelligently - yes, exactly that - by Dylan Hartley and they have sold themselves to the task of making their nation proud of them.

"The overall standard of the championship was far from inspired," Butler said. "To go unbeaten is so very difficult, and to find fault would be churlish."

Next up will be Australia, one of many steps Jones sees as a route to beating double defending World Cup champions New Zealand.

"These boys are talented. We've got the talent to beat the All Blacks, maybe not now but in two or three years, we will," he said.

Butler said that England "must combine a tighter discipline with a greater freedom of expression" as they seek improvement, followed by a barb at the Welsh.

"Wales, Grand Slam winners twice under Warren Gatland, have found it difficult to take this step, of going from solid in contact to liberated on the ball," he said.

Wales finished second, suffering just the one loss to England and a draw against Ireland, but were widely criticised for their often one dimensional tactics.

They face a warm-up match against England at the end of May before embarking on a tough three-Test tour to New Zealand in the summer, Gatland suggesting after their nine-try 67-14 romp over Italy that he was instigating some tactical changes.

"It's been a funny campaign," the Kiwi coach said. "We have been criticised in the past for the way we have played, even though it has been pretty successful.

Gatland added: "We have got to go down to New Zealand believing that on our day and if things go right, that we are good enough to win."

Ireland came into the Six Nations as defending champions and were looking to create history by becoming the first team to win three titles in a row.

They ended up by sealing third spot with a 35-25 win over Scotland, but hampered by injuries and an unconvincing turn by playmaker Jonathan Sexton, they never looked like mounting a title challenge.

"So we'll look back and be disappointed," skipper Rory Best said. "The most disappointing part was the France game (10-9 loss). We won the first half and then we let them off the hook and didn't keep attacking them."

Scotland coach Vern Cotter was unhappy with the result, but was pleased with the progress he believes his team are making, the Scots having scored three tries for the third game in a row for the first time since 1999.

"We're not particularly happy, obviously, because we want to win games," Cotter said. "It's better than last year, but we're still not completely satisfied. We want to get much better than that.

"I think this year is the highest number of points that Scotland have scored in the Six Nations. There are a few things that you could rattle off that are indicators that things are getting better. There is ambition within the group and we'll keep developing that."

France, under new coach Guy Noves, threatened at times against England, but Jules Plisson proved to be ineffective in installing the ex-Toulouse coach's game plan.

When they did finally move the ball around, Les Bleus showed some of the magic of old. Unfortunately they didn't show enough.

As for Italy, another wooden spoon led to repeated talk of introducing a relegation system with the likes of Georgia champing at the bit to play with Europe's elite.

The Azzurri leaked 29 tries in their five games, a sad way for French coach Jacques Brunel to sign off.