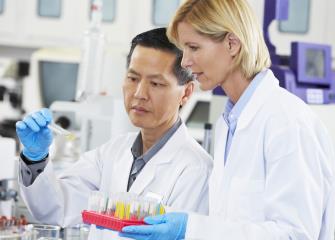 For the first time, researchers have identified a new innate immunity pathway that protects mammals from viral oncogenesis, the process by which viruses cause normal cells to become cancerous.

The discovery is significant and could eventually contribute to development of new cancer therapies, researchers said.

"More than 20 per cent of human cancers, as well as a number of other diseases, are linked to chronic viral infections," said Xiaonan Dong from University of Texas Southwestern Medical Centre (UTSW).

The study found that the autophagy-related protein beclin 2, also discovered by researchers, can help break down the key oncogenic viral protein associated with Kaposi's sarcoma, a type of cancer most commonly found in people with HIV infection or transplant-related suppression of their immune systems.

Autophagy is a cellular 'housekeeping' process in which the body's cells destroy damaged proteins and organelles.

Researchers studied the genes involved in this cellular recycling process and their roles in cancer, ageing, infections, and neurodegenerative diseases.

The findings showed that in addition to mediating autophagy, beclin 2 is also involved in a novel immune pathway that suppresses viral infection and virus-caused cancer.

This response is part of an endolysolomal trafficking process in which microbes and their constituent proteins are delivered to enzyme-filled cellular components called lysosomes.

Kaposi's sarcoma can affect the skin and internal organs. It is most often seen in people infected with HIV, but also has an incidence of about 1 in 200 transplant patients, researchers said.