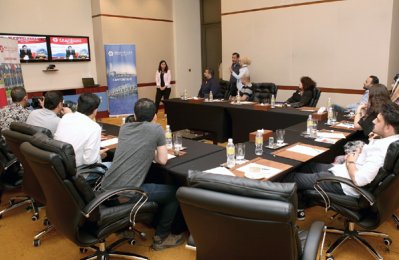 A large delegation of Kuwaiti traders are expected to participate at the 119th Canton Fair, in China, next month.

The China Foreign Trade Centre, organisers of the China Import and Export Fair, announced that its 119th Canton Fair will be held in Guangzhou, China, from April 15 to May 5, said a statement.

The announcement was made at a video conference in Kuwait attended by journalists aimed at presenting the huge opportunities for further bilateral trade with the Gulf state, it added.

Co-hosted by the Ministry of Commerce of the People’s Republic of China and the People’s Government of Guangdong Province, the Canton Fair is regarded as one of the largest comprehensive trade fairs in the world, it said.

Hakel Wen, international VIP service executive, International Communication Department of the China Foreign Trade Centre, said: “Out of the total 177,544 professional buyers from 213 countries and regions who visited the 118th Canton Fair last autumn, 507 of them came from Kuwait.”

“These professional buyers from Kuwait mainly sourced their requirement for electronics and household electrical appliances, home decorations and consumer goods,” he said.

“Considering the population of Kuwait, this group represented a huge group of businessmen. This is reflective of the strong commercial ties between Kuwait and China. I am therefore confident that, with China and Kuwait’s firm commitment at maintaining such healthy trade relations, we will see an even bigger contingent from Kuwait. Rest assured, we are ready and prepared to welcome more Kuwaiti traders to the fair,” he added.

Among the main exports from China to Kuwait are electrical products, clothes and textiles, while Kuwait’s exports to China include petrol and plastic, further added the statement.

In playing a key role in the advancement of Chinese foreign trade and trade exchanges between China and the world, this year event will have 60,000 exhibition stands over a vast area of 1.18 million sq m. It will also feature 150,000 categories of high quality products divided into 16 exhibit sections, it added.

The fair will have an International Pavilion covering 20,000 sq m with 1,000 stands. Over 24,000 outstanding enterprises from all over the world have showcased their key products at every session of the Canton Fair, it said.

To further reach out to a wider audience, the Canton Fair has launched a Facebook page in six languages: English, French, Spanish, Arabic, Simplified Chinese and Traditional Chinese, said the statement.

As part of its online presence, the Canton Fair home website has also launched a ‘Highlight Products’ section that displays the highest quality products online prior to the actual staging of the Canton Fair, it stated.

Over 1,800 well-known enterprises have already participated and displayed over 20,000 products. The aim of the online section is to allow buyers to get a preview of the fair, collect interesting exhibits and enjoy the Made-in-China style through this platform, it added. – TradeArabia News Service