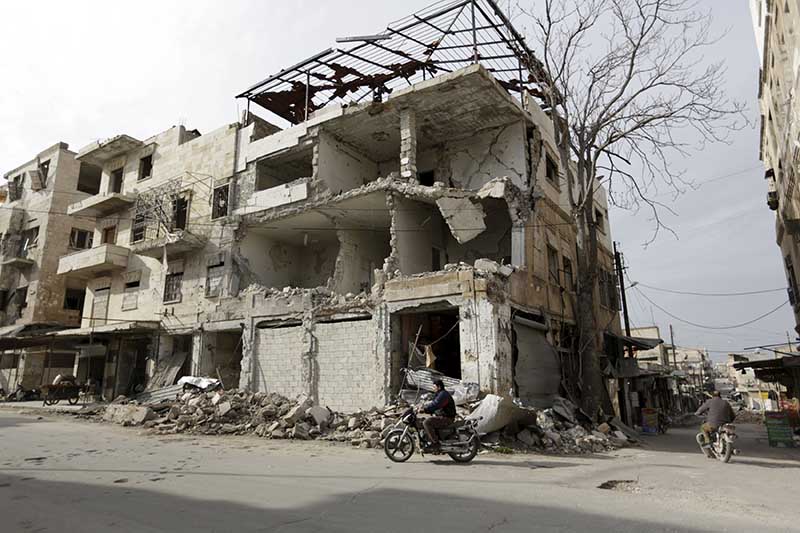 A man rides a motorbike near damaged buildings in the town of Marat Numan in Idlib province, Syria
So Vladimir Putin believes that Russia’s mission in Syria is largely fulfilled and so is withdrawing most of his military presence (GDN, March 15). By bombing Muslim civilians out of Syria and installing millions in Europe, Putin has established a huge Muslim guerilla army capable of being roused to act against the Western world .