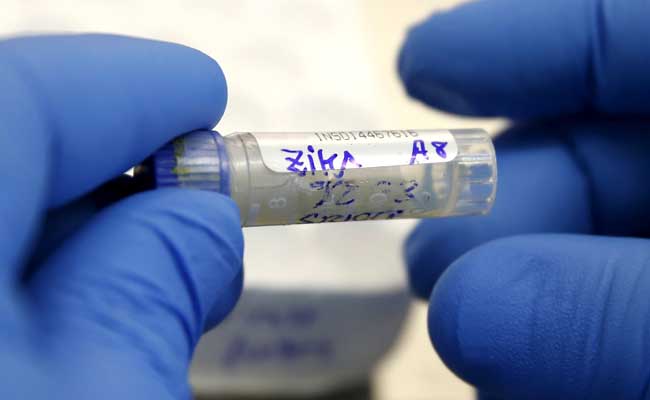 The WHO had in February declared the Zika virus outbreak as an "international public health emergency". (PTI File Photo)

India is among five countries where projects are underway to develop vaccines to fight the deadly Zika virus affecting newborns in 38 countries.

The World Health Organisation's Director-General Margaret Chan said that in less than a year, the status of Zika has changed from "a mild medical curiosity" to a disease with severe public health implications, warning that "the more we know, the worse things look."

At present, WHO says more than 30 companies are working on, or have developed, potential new diagnostic tests.

For vaccines, 23 projects are being worked on by 14 vaccine developers in the US, France, Brazil, India and Austria, WHO said.

The WHO had in February declared the Zika virus outbreak as an "international public health emergency".

The virus is currently circulating in 38 countries and territories, Chan said in a statement as she warned that no one can predict whether the virus will spread to other parts of the world and cause a similar pattern of fetal malformations and neurological disorders.

"If this pattern is confirmed beyond Latin America and the Caribbean, the world will face a severe public health crisis," she said.

Experts have agreed that a reliable, point-of-care diagnostic test is the most urgent priority.

The United Nations health agency, however, estimated that at least some of the projects will move into clinical trials before the end of this year, but several years may be needed before a fully tested and licensed vaccine is ready for use.

According to WHO, the world was alerted to the first appearance of Zika in the Western Hemisphere in May 2015, when Brazil confirmed that a "mysterious outbreak" of thousands of cases of mild disease with rash was caused by the Zika virus.

In July, the country then reported an increase in cases of Guillain-Barre syndrome (GBS), followed by an unusual increase in microcephaly among newborns in late October.

"The possibility that a mosquito bite could be linked to severe fetal malformations alarmed the public and astonished scientists," Chan said.

"The association with Guillain-Barre syndrome and other severe disorders of the central nervous system has expanded the risk group well beyond women of child-bearing age. We now know that sexual transmission of the virus occurs," Chan said.

In the current outbreak, Brazil and Panama have reported microcephaly, a rare neurological condition in which an infant's head is significantly smaller than normal. PTI YAS MRJ AKJ SAI