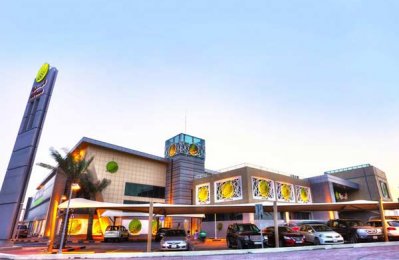 Top Qatari retailer Al Meera Consumer Goods Company said it has signed contracts worth QR239 million ($66 million) to build six new shopping centres across the country as part of its expansion strategy for 2016 and beyond.

The deal, awarded to Al Khayarin Group Contracting and Trading and Al Muftah Contracting Company, is part of the 14 stores planned for the coming period.

The shopping centres will come up in Rawdat Aba El Heran, Azghawa, Leabaib and Umm Qarn, while the two new Al Meera shopping stores were be located at Al Khor and Saileya, on a land area of 15,000 sq m each.

On the project deals, Dr Al Qahtani said: "We are excited to venture into this new partnership with Al Khayarin and Al Muftah who will be building six of Al Meera’s 14 new shopping centers planned for the coming period."

He said out of the 14 planned, Al Meera has already started construction work at five branches including Sailiya North (Al Miarad), Leabaib 2, Al Wakra (west), Um Slal Ali and Bu Sidra and expects to complete the project within the next three months.

Al Muftah said: "We are pleased to be partnering with Al Meera, one of the biggest enterprises in Qatar, and are proud to play a role in its expansion strategy, which caters to the needs of more consumers across the country."

"The four new stores shall be built to the highest standards, using the latest equipment and will live up to Al Meera’s motto of being consumers’ favourite neighbourhood retailer," he stated.

Idrees Anwar said: "Under the partnership agreement, Al Khayarin will be working on the establishment of two new state-of-the-art shopping centers. We look forward to the opening of the new Al Meera stores for consumers in those two key locations as per schedule."

The project management services for the six new stores will be provided by Al Rayan Partners (ARP), said a statement from Al Meera.

Khalid Fakhroo, the general manager of Al Rayan Partners, said: "With our established experience in project management and our local market expertise, ARP is the right partner for Al Meera’s new shopping centers."

"We will be trying our level best to ensure that the operations go as planned and that the projects are delivered on time, within budget and as per Al Meera’s approved quality standards," he added.-TradeArabia News Service