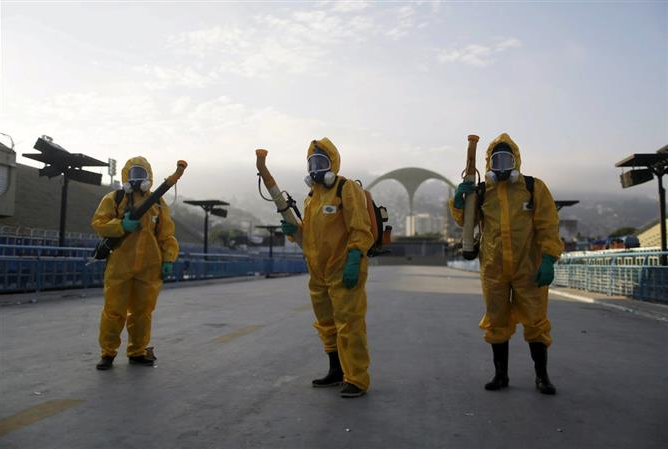 London: The Zika virus currently sweeping through the Americas looks to have hitched a ride on a plane into Brazil in 2013 and begun its invasion of the continent from there, scientists said.

In the first genome analysis of the current Zika epidemic, which has been linked in Brazil to cases of birth defects known as microcephaly, researchers said the virus' introduction to the Americas almost three years ago coincided with a 50 per cent rise in air passengers from Zika-affected areas.

The strain of the virus circulating in the current outbreak is most closely related to one from French Polynesia, the scientists said, although it is also possible that Zika was introduced separately to the Americas and French Polynesia from South East Asia.

Oliver Pybus, a biologist in Britain's Oxford University who co-led the research with a team from Brazil's Evandro Chagas Institute, said the findings suggested increased international travel helped the virus extend its reach.

The World Health Organisation (WHO) has declared the outbreak of the mosquito-borne Zika virus an international health emergency. This declaration was largely based on evidence linking Zika to a birth defect known as microcephaly, marked by babies having small heads and underdeveloped brains.

It is not yet clear whether the Zika virus actually causes microcephaly in babies, but the WHO and other infectious disease experts say evidence for a causal link is growing.

For this study, Pybus' team sampled several Zika virus genomes linked to the recent Brazilian outbreak – including one from a blood donor, one from a fatal adult case, and one from a newborn baby with congenital malformations and microcephaly.

Using next-generation genetic sequencing, the researchers mapped the samples' gene codes and found there was little genetic variability among them.

This suggests there was a single introduction of Zika into the Americas, probably between May and December 2013 – more than a year before virus was first reported in Brazil.

Nuno Faria, a researcher at Oxford University and at the Evandro Chagas Institute who worked on this study, said these first genomic data from the Brazil outbreak provided "a good baseline for future research".

He said the team had also looked for links between Zika and microcephaly – and had found some spatial and temporal correlations. To test that link conclusively, however, scientists need to see results of full case-control epidemiological studies.

"There is a lot of work still to be done in terms of tracking and predicting the spread of Zika in Brazil," Faria said. "We will have a much better picture of the virus later this year."