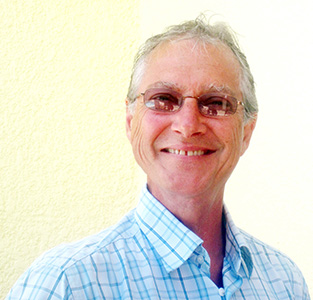 I’M turning into Dave Williams. I know that you don’t know him, so let me elaborate slightly. He’s an old friend from ages ago, when I worked in Bahrain; he would visit and we’d spend a happy few days catching up before he flew off to service another part of his ‘patch’. Dave’s a big chap; much bigger than me. He’s what could, perhaps, be described as a ‘trencherman’. He loves his food.

I found myself, just the other evening, being asked a question. A waitress in a delightful restaurant came up to me after I’d enjoyed a lovely steak and took my order for dessert. I wanted apple pie, I recall. Anyhow, when she asked the question, which was “would you like ice cream, cream or custard?” I answered “yes”. She looked a little non-plussed and sought clarification. I explained that I’d like all three and then I suddenly knew; I’d become Dave. This is what he does; he has all three with dessert. I’d forgotten, but he does.

You don’t often get apple pie in Portugal, though. Or custard, come to that. The equivalent, I suppose, would be to have more than one dessert. I decided to ‘do a Dave’, as I’d started to think of it, and see where it led.

So, there I was, in a lovely little Portuguese restaurant up in the hills. I’d had an excellent meal of porco preto (a sort of local pig, which is fed on an almost exclusive diet of acorns and herbs) stew and local vegetables and I was allowing myself a short break before pudding. Gently muffling a small eructation with a napkin, I eyed the dessert fridge, planning my next move.

When approached by the waiter, I got up and went to the fridge. I took in the contents; the wonderful, ubiquitous Molotov, a sort of light meringue ring, dominated, but peeping out from behind was a small bowl of serradura (literally sawdust, but it’s really a lovely milky, biscuity confection) and there, lurking at the back, a bowl of pudim flan (a sort of creme caramel) and a small container of arroz doce (rice pudding). I considered. I turned to the waiter and said, ‘Eu gostaria de um pouco de todos eles’. ‘I’d like a little of all of them. I then moved back to my seat.

I could see him through the little hatch in the kitchen, talking to a lady with a little white hat on her head. They were clearly talking about me. Pointing, whispering and obviously unsure of what to do, he had sought help.

Sure enough, a moment or two later, the lady emerged, wiping her hands on a small napkin and approached. ‘Voc quer tudo?’ she asked; ‘you want all?’ I smiled and tried to explain; ‘s um pouco de cada se faz favor’ –  ‘Just a little of each, please’. I smiled again and said, ‘Eles todos parecem delicioso’, ‘they all look lovely’. She suddenly beamed and bobbed and went back to the kitchen.

There was much laughter and heads peeped around the door and the hatch and looked at the madman who wanted a bit of everything.

She came out moments later with, sure enough, a little of each on a plate. I thoroughly enjoyed them; all of them. I’d done a Dave!