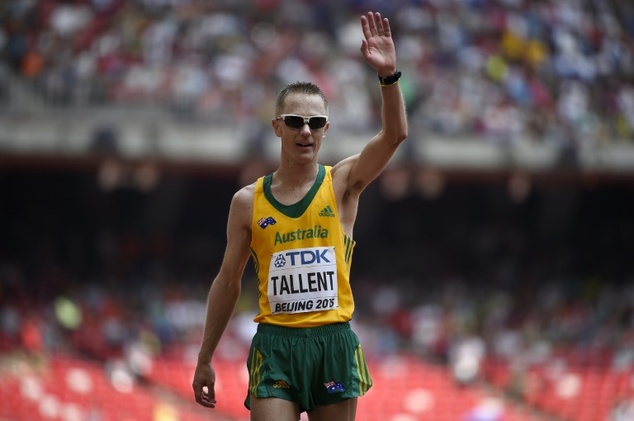 Sydney: Australian Olympian Jared Tallent on Friday called for Russian athletes to be banned from the Rio Olympics as he looked set to be retrospectively awarded a gold medal on the back of a doping ban.

Russia's Sergey Kirdyapkin was stripped of the gold after he was found guilty of doping, clearing the way for Tallent, the silver medallist in the 2012 London Olympics' 50km walk, to be awarded the medal.

Russian athletes are serving an indefinite ban imposed by the International Association of Athletics Federations (IAAF) after a bombshell World Anti-Doping Agency (WADA) report in November uncovered state-sponsored doping and widespread corruption at the heart of Russian track and field.

"I'm hopeful that Russia are still banned from the Olympics," Tallent told reporters in Adelaide.

"There has been talk that their ban will be lifted before Rio. I'll be incredibly disappointed if they are there.

"I'm very strongly against Russia competing at the Olympics and I hope that the IAAF and the IOC stand firm," he added, referring to the International Olympic Committee.

Russia scrambling to get its house in order before an IAAF Council meeting in May which will likely decide whether their athletes will be allowed to compete at the Games in August.

Australia's national Olympic committee last year said it would support the banning of Russian athletes from the Summer Games.

Tallent added that becoming the defending champion ahead of Rio would spur him on.

"It's going to make me more motivated and determined this year, being now the defending Olympic champion to go to Rio and cross the line first and get gold medal on the day," he said.

The Court of Arbitration for Sport on Thursday upheld an International Association of Athletics Federations (IAAF) appeal over the "selective" punishments handed out by the Russian athletics federation, meaning Kirdyapkin's results were disqualified from August 20, 2009 to October 15, 2012.