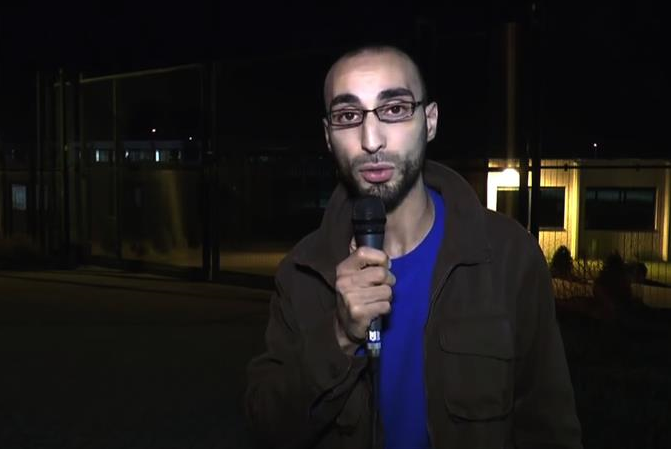 Prosecutors charged Faycal C on Saturday with "terrorist murder" and were investigating whether he was a third airport attacker who fled after his bomb did not go off, but said there was now a lack of evidence.

His release comes as a new blow to an inquiry dogged by accusations that Belgium missed a series of leads in cracking down on a jihadist network linked to the Brussels bombings as well as the November Paris attacks that killed 130 people.

Police earlier released new CCTV footage of a third suspect in the March 22 Zaventem airport attack, the so-called "man in the hat" seen with the two suicide bombers.

Mourners meanwhile held emotional Easter Monday prayers at a medieval cathedral in central Brussels in memory of the 35 people killed and 340 injured in Belgium's worst ever terror attacks.

Grieving airport personnel and members of the emergency services carried trays of full of candles at the cathedral of Saints-Michel-et-Gudule, and were applauded by the congregation.

"No violence in the name of God can be tolerated," the Roman Catholic Archbishop of Malines-Brussels, Jozef de Kesel, told worshippers.

"Peace is more than just the absence of violence. There cannot be a real life together without a profound and sincere respect for others."

The Belgian federal prosecutor's office said in a statement that "the indications that led to the arrest of Faycal C were not substantiated by the ongoing inquiry. As a result, the subject has been released by the examining magistrate."

A source said, "Investigators have established that he was not the 'man in the hat'."

Belgian media had identified the man as Faycal Cheffou, who claimed to be a freelance journalist.