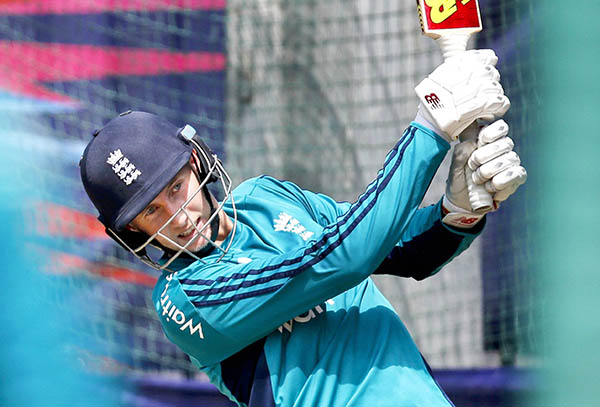 New Delhi: England skipper Eoin Morgan would like to believe his team peaked at the right time at the ongoing World Twenty20 while New Zealand were slightly premature going into today’s semi-final at the Feroz Shah Kotla Stadium.

Kane Williamson and his Kiwi team mates have not put a foot wrong since landing in India, winning all four group matches without really breaking a sweat to qualify for the semi-finals as the tournament’s only unbeaten team.

For a side boasting an explosive batting order and a balanced attack to go with, England’s passage proved bumpier.

Even before they could soak in the atmosphere, England were blown away by a Chris Gayle century in their tournament opener against West Indies in Mumbai.

Joe Root sparked their recovery in the 230-run chase against South Africa but the narrow victory against Afghanistan’s modest resources exposed their frailties against spin bowling.

They looked a significantly better side, however, in Saturday’s 10-run win against champions Sri Lanka.

Jos Buttler underlined his limited overs worth with a belligerent fifty, the pacemen made regular inroads, Ben Stokes delivered a tidy final over and the team held their nerve to secure a victory that seemed to tick most of the boxes.

“In these tight tournaments you can’t get through to the semis unless you are playing good cricket, and that’s what we set out to do to give ourselves a chance,” coach Trevor Bayliss said.

“But it’s about peaking at the right time. I wouldn’t say we’ve played the perfect game yet – coaches are always looking for that absolutely perfect game, I don’t think it’s ever been played – but it’s what any team is striving to do.”

Having played their last two games at Kotla, England would also hope to cash in on their familiarity with the venue in contrast to their opponents who were on a mini-tour of India playing each of their four group games at different venues.

The trouble for England, however, is that New Zealand won all of them as the team, finalists in last year’s 50-over World Cup, strive to shed the tag of being cricket’s perennial bridesmaid.

Leading from the front, Williamson has also displayed the tactical flexibility needed to win a tournament like this.

New Zealand sprang a surprise in their tournament opener, picking three spinners in a gutsy gamble and went on to beat India, renowned for their batsmen’s comfort against the turning ball, in their own game.