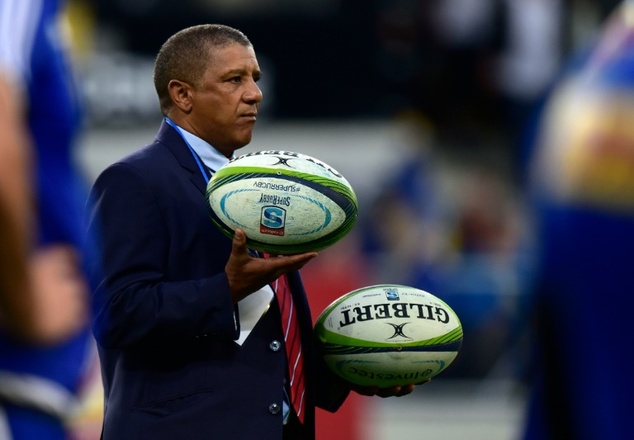 Johannesburg: A new Springboks coach will be named Friday with Allister Coetzee expected to be tasked with making the team a formidable force again while radically altering its racial composition.

He moved to Japan last year to take charge of the Kobelco Steelers, but says "coaching the Springboks would be the pinnacle of my career".

Coetzee was an assistant to coach Jake White when South Africa won the Rugby World Cup a second time in 2007.

South Africa finished third at the latest World Cup in England last year, but only after suffering a humiliating loss to minnows Japan in their first group game.

It was the most stunning result since the 1987 launch of the quadrennial competition and followed an almost-as-embarrassing home defeat by the Springboks to Argentina in the Rugby Championship.

South Africa had never previously lost to the Pumas and the Durban debacle followed reverses against Australia and New Zealand that condemned them to the bottom of the standings.

Coach Heyneke Meyer, widely criticised for outdated kick-and-chase tactics and a refusal to give black players a chance, resigned when his contract expired last year.

Coetzee quickly became the media favourite to succeed him, given his relative success with the Stormers and ability to develop black players.

After years of ducking and diving on the race issue, the South African Rugby Union (SARU) have backed a government demand that half the 2019 World Cup team be black.

Sports Minister Fikile Mbalula says the Springboks -- a 12 whites-three blacks combination for many seasons -- must reflect the demographics of a country where 90 per cent of the population is black.

"Talented blacks are not being selected and it is said that they are quota players," says Mbalula.

"Siya Kolisi plays for the Stormers week after week -- is he not selected on merit?" he asked, referring to the occasional Springbok flanker.

"I am zooming in on rugby because it is as if nothing has been done and we are burying our heads in the sand.

"We have got a policy (50 per cent black team at the 2019 World Cup) in place that must be implemented."

"His failure to win a Super Rugby title is held against him, but he forged them into a competitive playing unit. Coetzee is not perfect, but which coach is?"

While most pundits expect Coetzee to be appointed, they believe the key to a Springbok revival lies in who he chooses to assist him.

Former Scotland prop and Stormers assistant coach Matthew Proudfoot, who works with Coetzee in Japan, has been mentioned as a possible forwards coach.

Erasmus is a respected SARU coaching employee while Ackermann and assistant De Bruin have transformed the star-less Golden Lions into a top South African team.

The Springboks launch their season with a three-Test home series against Ireland during June.