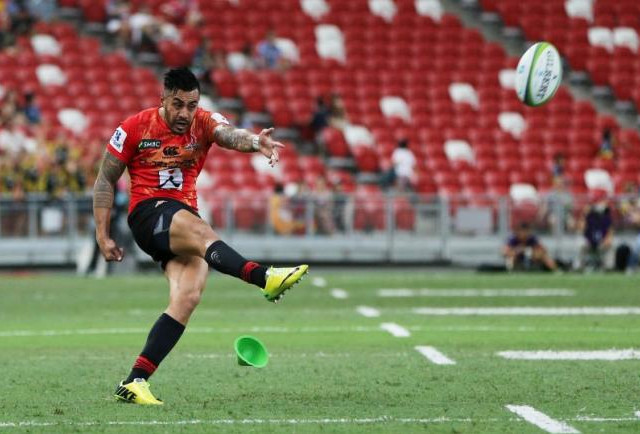 Fledgling Super Rugby outfit the Sunwolves were dealt a big blow after Samoa flyhalf Tusi Pisi announced he would leave Japan and join English second tier club Bristol at the end of the season.

Pisi, who had also played for Japan Top League side Suntory Sungoliath, was one of the few foreign internationals signed by the Sunwolves for their debut Super Rugby campaign, which has begun with four defeats.

The 33-year-old, who has featured in 28-tests for his country, has also played in New Zealand with the Hurricanes and Crusaders and in France with Toulon and was keen for a new challenge.

"I'm delighted to be joining Bristol Rugby and look forward to playing club rugby in England for the first time during my career," he said in a statement on Thursday after agreeing a two-year deal.

"I've enjoyed my time in Japan and the experience has helped me develop as a player. I still have much I want to achieve and I hope I can do that with Bristol."

Bristol are currently top of the English second tier as they chase promotion back to the Premiership following relegation in 2009.