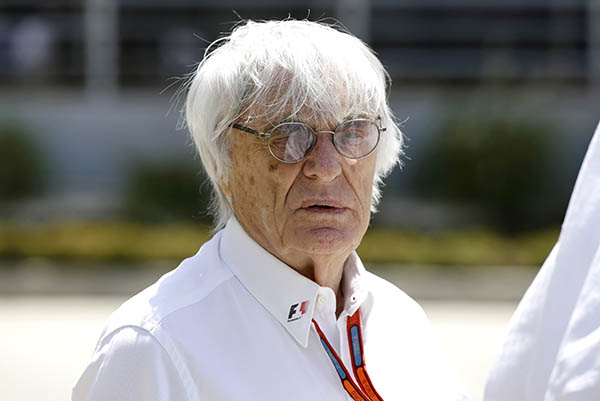 Formula One supremo Bernie Ecclestone has hit back at drivers for seeking change in the way the sport is run, suggesting they were powerless and simply doing the bidding of their teams.

The Grand Prix Drivers Association (GPDA) issued an open letter last week urging the sport to abandon ‘obsolete and ill-structured’ decision-making processes that stood in the way of progress.

It was signed by former world champions and GPDA directors Jenson Button and Sebastian Vettel as well as chairman Alex Wurz, an ex-F1 racer, and addressed also to stakeholders and fans.

“They can say what they like can’t they? They can’t do anything,” Ecclestone told reporters at the Bahrain Grand Prix yesterday when asked about the drivers’ desire to have a say.

“They can give an opinion. Everyone has got an opinion. Really their discussions are with their team and the team has got a voice,” added the 85-year-old.

“They are only saying what the teams have told them to say.”

Asked whether he considered them to be ‘windbags’, Ecclestone replied: ‘Some of them’.

In a feisty exchange, the Formula One boss was also cutting when it was put to him that the drivers were not looking to put on a show of strength.

Mercedes’ triple world champion Lewis Hamilton said he supported the GPDA action, even though he was not a member for personal reasons, and the drivers were united in their opinion that change was needed.

“When there’s a really critical thing, like safety or something really important, I’m there,” he said. “Such as the last race when they needed us all to stand together and for our love of this sport, I was there.

“We all stand together as drivers. There are occasionally issues where a united front is necessary, and that was one of them.”

Button also rejected a suggestion that the drivers were being manipulated.

Drivers have become increasingly vocal as the sport introduces changes that they feel are making Formula One less attractive to fans and less exciting for those behind the wheel.

A new qualifying format introduced this season proved a failure at the Australian season-opener, with the shootout for pole position reduced to a clock-watching exercise with no cars out on track.

There has also been concern about the sport migrating increasingly towards pay television, making it less accessible to the new generations of fans, and Ecclestone’s regular criticism of the V6 turbo engines.