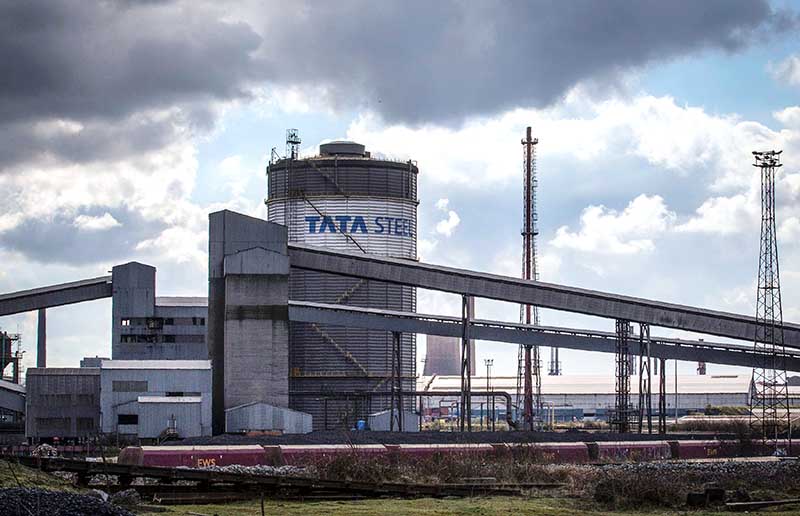 London: Britain’s Prime Minister David Cameron wants Britain and China to work together to tackle over-capacity in the steel industry and the G20 could be a good forum to address it later in the year, his spokesman said yesterday.

Cameron, who spoke to Chinese President Xi Jinping during a Nuclear Security Summit in Washington, is trying to salvage Britain’s steel industry after Tata Steel put its British plants up for sale, putting thousands of jobs at risk.

The government has said it is working to broker a deal with potential buyers after Tata Steel sought to end its almost decade-long venture in Britain, which employs 15,000 people but has been hit by high costs and Chinese competition.

Steelmakers in Britain pay some of the highest energy costs and green taxes in the world, but the government says the fundamental problem facing the industry is the collapse in the price of steel, caused by overcapacity in China.

China said it would impose import tariffs of up to 46 per cent on some steel, including a type of hi-tech steel imported from Japan, South Korea and the European Union.

Steel producers in high-cost countries say their best hope for surviving the global glut is to develop higher value specialised products. But they will still face a tough time competing with low-cost Chinese producers that are breathing down their necks.

Firms from Europe, Japan and South Korea say they are trying to keep afloat by increasing the share of higher-value products in their output, focusing on specialty steels used mainly in manufacturing, which command a premium over lower grades.

Some companies are venturing further down the supply chain to make their own aircraft or motor parts. Others are forming tighter relationships with their customers as a way to keep their order books full.

“Sticking to technological and quality leadership will be the only solution for European steel producers to secure profitability and future growth,” Austrian steelmaker Voestalpine’s chief executive  Wolfgang Eder said.

Voestalpine is aiming to become less dependent on traditional steel markets by raising its production of finished parts for the aerospace, rail and automotive industries. The car sector alone generates around 30pc of group sales.

“Given the cost structure that European steelmakers are facing, they will not be able to produce steel commodities in competition with countries such as China, Russia, Turkey or Ukraine in the long run,” Eder added. “Energy, labour and regulatory costs in Europe have reached a level at which mass production has become utterly unattractive.”

But the strategy may not be a permanent solution to the crisis that has caused plant closures around the developed world. Making specialised high-end steel still requires huge, capital-intensive smelters that mostly produce the lower-value commodity material. And China, which now produces half of the world’s steel, is developing more sophisticated production of its own.

German steelmaker Salzgitter’s CEO Heinz Joerg Fuhrmann said an integrated steel plant only makes sense at a scale of at least three million tonnes, and must be used to full capacity to be cost-effective.

For the world’s No 2 steel producer, Japan’s Nippon Steel and Sumitomo Metal Corporation, increasing the volume of high-value products is part of a strategy that also includes boosting volumes of mid-range steel.

In India, there is also a shift towards producing more high value-added steel. “Clearly the world is moving in that direction,” said Essar Steel chief commercial officer H Shivramkrishnan.

Meanwhile, Chinese firms are moving up the value chain too.

Baoshan Iron and Steel Company Limited, China’s biggest listed steelmaker, expects its huge, modern Zhanjiang steel production base with annual capacity of about 9m tonnes and which it calls its “dream factory” to operate later this year.