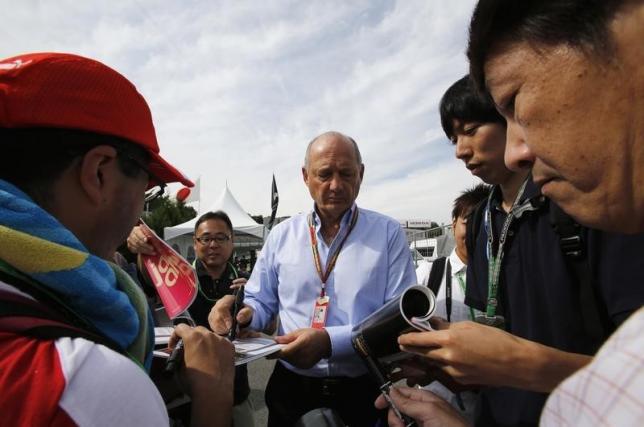 Manama: Aggrieved McLaren boss Ron Dennis says Formula One teams must decide whether a driver is fit to race, rather than the governing body's doctors, after Fernando Alonso was barred from the Bahrain Grand Prix.

"Virtually every team sport in the world, the fitness of the athlete, the football player, the ice-hockey player, the skier, is determined by the team," Dennis told reporters after qualifying for Sunday's race.

"The position of the FIA, I feel, is to ensure the safety of the other drivers. If a driver feels a bit of pain, and wants to drive with a bit of pain, I think that's the driver's decision."

"They said no. It doesn't matter what the scan showed he wouldn't be permitted to drive," said Dennis.

He added that McLaren had full confidence in Vandoorne, who out-qualified 2009 world champion team mate Jenson Button, and were not seeking to undermine the FIA's authority.

"The question is would Fernando have been a danger to other drivers?," said Dennis. "And after that the question is really one of assessment and if you've got a cracked rib and you want to drive with it, it's your business isn't it?".

Dennis also suggested a team like McLaren, who pay their drivers many millions to race for them, could call on far more specialised medical expertise than the FIA.

"We go to the world's experts for opinions," he said. "I don't think the FIA has the ability to field every single expert that's appropriate."

FIA president Jean Todt told reporters separately that deeper checks in the days after such an accident might be necessary in future.

"From what I understand it is a very wise decision," he said of Alonso's case. "The doctors would never consider giving authorisation unless all the evidence is very clear to them."