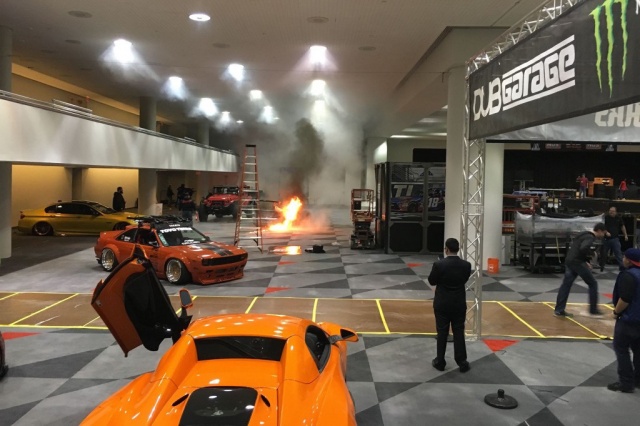 The 2016 New York Auto Show has been a complete success, at least until now. Just ahead of the modified program’s debut dates, a Porsche 911 (993 generation) Turbo caught fire, and the whole thing was captured on camera, as reported by EGM CarTech.

The whole situation is a bit mysterious, as the car appears to spontaneously erupt in flames, sending smoke throughout the custom cars section of the Jacob Javits Convention Center.

Anthony Purcell, to whom we owe the above image, was photographing other vehicles in the room when the fire broke out. “No idea what happened, heard the car being moved and out of nowhere a super loud bang and Lord Jesus it’s a fire,” Purcell stated.

So far, no injuries or fatalities have been reported. According to WNBC, the New York Fire Department hasn’t received any incident reports about the fire. It was unclear if the car was on when the fire started, and if the engine wasn’t running, then the spontaneous flames are even more of an enigma.