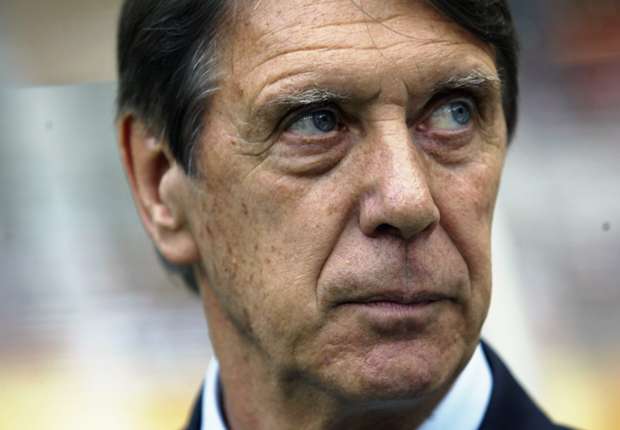 Milan: AC Milan led the Serie A tributes to former defender and club legend Cesare Maldini, who died on Sunday at the age of 84.

Maldini, the father of 1990s club icon Paolo Maldini, made 412 appearances with the Rossoneri between 1954 and 1966, winning four league titles including a first 'scudetto' in his first season with the club.

Maldini had the honour of lifting the trophy at Wembley in 1963 when Milan became the first Italian club to win the European Cup, with victory over Eusebio-inspired Benfica.

He would play 14 times for Italy, including their 1962 World Cup campaign in Chile before hanging up his boots in 1966.

Maldini returned to Milan for an ill-fated spell as a coach, spending less than one season on the bench in 1973-1974, when Giovanni Trapattoni was ushered in to take over for the remaining games that year.

A minute's silence was held before the Udinese v Napoli clash early on Sunday and was due to be observed in the remaining seven league games.

Meanwhile, a statement by Milan said: "President Silvio Berlusconi and the rest of the club will always remember his charisma, kindness and warm smile with fondness.

"The club sends its condolences to the Maldini family and the loss of such a key figure in Rossoneri history has left everyone at AC Milan moved and saddened."

Maldini's son Paolo followed in his footsteps and went on to enjoy unrivalled success at the club during their 1990s heyday.

Maldini senior eventually returned to coaching, taking over Italy ahead of the 1998 World Cup in France only to leave his post under a cloud after the tournament when his outdated tactics and selection choices prompted widespread criticism in the Italian media.

He returned to Milan to take a job as the club's chief scout and in March 2001 took over from coach Alberto Zaccheroni for the closing stages of the 2000-2001 season, overseeing the memorable 6-0 victory over Inter Milan.

Roberto Mancini, the current coach of Inter who spent his palying days at Sampdoria and Lazio, was among those paying tribute to Maldini.

"With the loss of Maldini, Italian football has lost a leading light. A hug to his son Paolo and to the family. Ciao Cesare!"