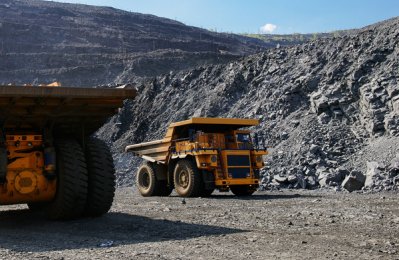 Image: Bigstock. For illustration only.<br>Al Hadeetha project is scheduled to begin in Q3 of 2017

Al Hadeetha Resources, a joint venture between Australia-based Alara Resources and Oman’s Al Hadeetha Investment Services, will set up a copper-gold project at Washihi, south-east of Muscat, said a report.

The company plans to invest $50 million for commercial open pit mine and the construction will take one year, Justin Richard, chief executive officer of Alara Resources, was quoted as saying in the Times of Oman report.

Richard said that it is primarily a copper field, but the mine has gold deposits as well.

This decision was made following a feasibility study showing financial viability, said the report.

As per the feasibility findings, the company will be able to produce 77,000 tonnes of copper and 18,000 ounces of gold. The project construction will start in the fourth quarter of this year, subject to the company getting a mining licence from the Public Authority for Mining.

Richard noted that the production from the Al Hadeetha project is scheduled to commence in the third quarter of 2017, added the report.