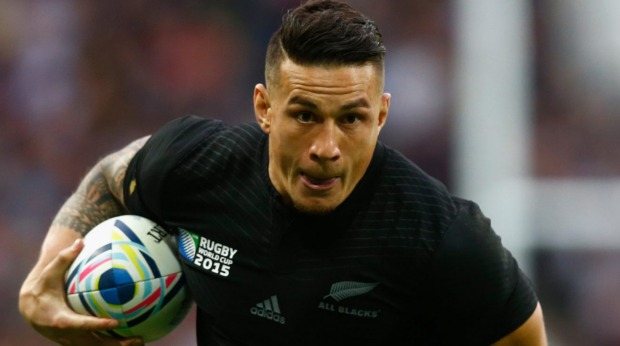 Sonny Bill Williams' eye-catching form at the World Cup with the All Blacks will increase Toulon's desire to lure him back to France. (Stuff Photo)

Paris: The much travelled cross-code superstar Sonny Bill Williams is set for a return to Top 14 big guns Toulon according to reports Monday in L'Equipe.

Williams, currently at Waikato Chiefs of Hamilton New Zealand, refused an offer to join another French club Racing 92 while Nasser also reportedly touted the player to Montpellier, who declined the opportunity.

Toulon previously enjoyed Williams' services when he switched from Rugby League with Australia's Bulldogs to join Tana Umaga's side on the French south coast in 2008.

Now 30-years-old the two-time Rugby World Cup winner, the report suggests, is lining up a short term contract with Toulon as he wished to play the Rio Olympics Rugby 7's tournament, where New Zealand are favourites to win gold.

He is named in New Zealand's squad for this week's Hoing Kong Sevens after shaking off a knee injury that sidelined him for two tournaments.

Also a successful heavyweight boxer Williams has won national and world heavyweight titles and is a clean-living muslim convert and poster boy.

The All Blacks midfielder is also celebrated for having given his 2015 World Cup medal to a teenage boy in an act of compassion after the fan was tackled on the Twickenham turf by an over-zealous security official.