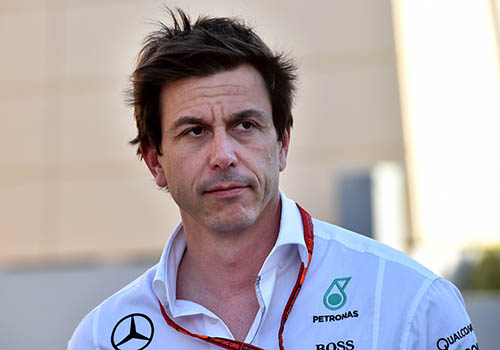 Manama: Formula One’s failure to resolve problems surrounding the future shape and structure of qualifying has been described as “madness” by Mercedes team chief Toto Wolff.

The Austrian, who has called for the sport to ditch the failed fiasco of ‘progressive elimination’ qualifying, said he was suspicious that political agendas were now at play that were preventing a switch back to the successful former system.

Discussing the outcome of Sunday’s talks at the Bahrain International Circuit which failed to resolve the problems, he said: “All the teams had the same opinion – that we probably need to go back to 2015.

“But there are various agendas and this proved that it is not an easy one, so I cannot tell you what happens next. Last time I told you, I was totally wrong...’

Asked if he could explain how such a simple decision-making process had ended up in such chaos, he said: “A simple explanation? Madness.”

Wolff was one of the team bosses who met the president of the sport’s ruling body, the International Motoring Federation (FIA), Jean Todt and the veteran commercial ring-master Bernie Ecclestone on Sunday.

The teams have expressed a unanimous view that the new qualifying format should be dumped and replaced by its predecessor, a wish shared by virtually all neutrals and paddock observers.

Ecclestone and Todt, however, vetoed that plan and instead put forward a new complex proposal for aggregate times to be used in qualifying instead of single laps to decide the starting grid.

Many paddock observers believe that Ecclestone and Todt want to undermine the power of the teams.

Red Bull team chief Christian Horner, who in Australia had suggested that Formula One should apologise to its fans for the non-entertainment provided by the new system, said he was prepared to look at the new idea.

“The FIA are going to circulate some draft regulations, let’s take a look at those and then we will make a decision on the vote,” he said.

“But after two pretty decent races do we really need to mess around with qualifying?”

The teams are due to meet again with the F1 bosses on Thursday to try and reach a resolution on an impasse that has created a furore on social media with many fans fearful that F1 is becoming ungovernable and a laughing stock.