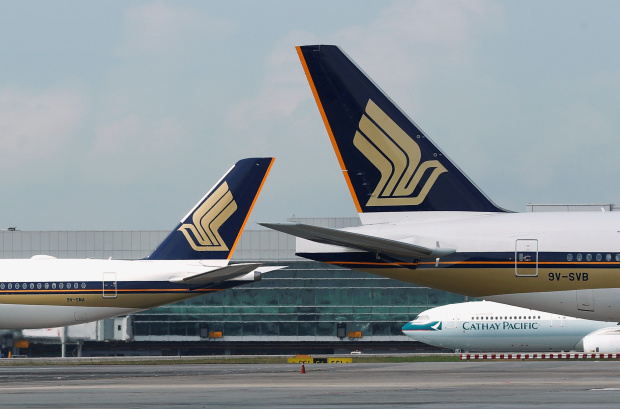 SYDNEY - Singapore Airlines Ltd will temporarily cut flights across its global network in the three months to May, it said on Tuesday, as a coronavirus epidemic hits demand for services to the Asian city-state, as well as through the key transit hub.

"Singapore Airlines and SilkAir will temporarily reduce services across our network due to weak demand as a result of the Covid-19 outbreak," the carrier said.

"We will continue to monitor the situation and make further adjustments as necessary."

It declined to say what percentage of capacity it had cut in response to a query from Reuters, citing commercial sensitivity.

"It's not a surprise to see some cuts in flights, given the weak forward bookings that can be expected from the current environment," said DBS analyst Paul Yong.

Demand on flights to South Korea and Japan had been hit hardest after China, Yong quoted Singapore Airlines' management team as having told analysts at a results briefing on Monday.

Those were the areas of the biggest cutbacks in Tuesday's announcement.

Singapore's tally of 77 cases of the virus is one of the highest outside mainland China, where more than 1,800 people have been killed in the epidemic.

Last week, the Asian tourism and travel hub said it expected visitor numbers to drop by a quarter or more this year, hit by the virus outbreak.

Besides visitors to the city-state, Singapore Airlines also relies heavily on transit traffic. Premium travel has suffered after many business events were cancelled across Asia because of the virus.

Hong Kong-based rival Cathay Pacific Airways Ltd has said it is cutting 40% of capacity across its network, up from 30% earlier, due to weak demand.