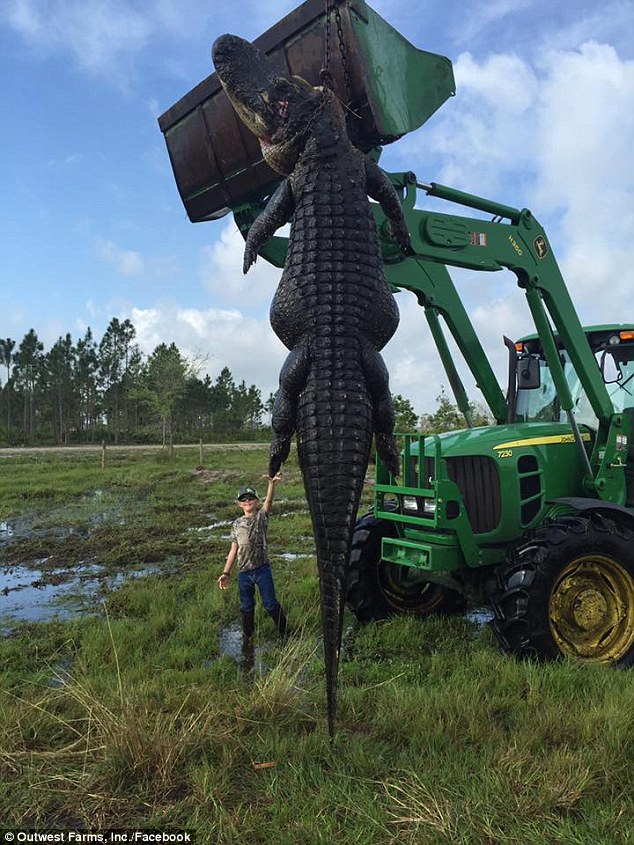 Hunters have caught and killed a 15ft alligator that was eating cows.

Lee Lightsey, the owner of Outwest Farms in Okeechobee Florida, and hunting guide, Blake Godwin fatally shot the 800lb creature, on Saturday. They discovered the enormous gator in their cattle ponds after it had been terrorizing and feasting on the farm’s cattle.

On Saturday the creature surfaced around 20ft from them, so they shot it.

It was so big they had to use a tractor to drag it out saying 'it was the biggest gator they'd ever seen'. However, they were then able to use the vehicle to proudly show off their catch.

Godwin told Fox 13: 'We also discovered the remains what we determined to be cattle in the water. We determined that he was in fact attacking our livestock as they came to drink.'

They plan to donate the gator's meat to charity and have the alligator taxidermied for display at their hunting shows and expos.