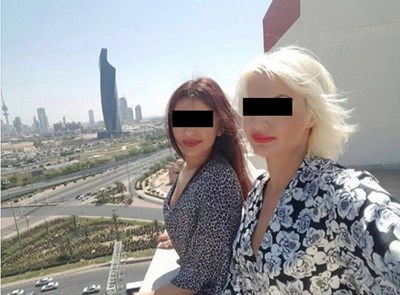 The prostitutes arrived in Kuwait for pre-arranged 'meetings with customers' at hotels, for $1000 an hour, a security source told Kuwaiti Arabic newspaper Alanba.

He confirmed the reports published a few days ago as video recordings went viral online, showing the prostitutes in very intimate positions in flats.

Photos of the prostitutes touring public places in Kuwait have also been posted on social media websites.

However, he warned that anyone found in possession of sex movies shot in the country would be held accountable for the same.