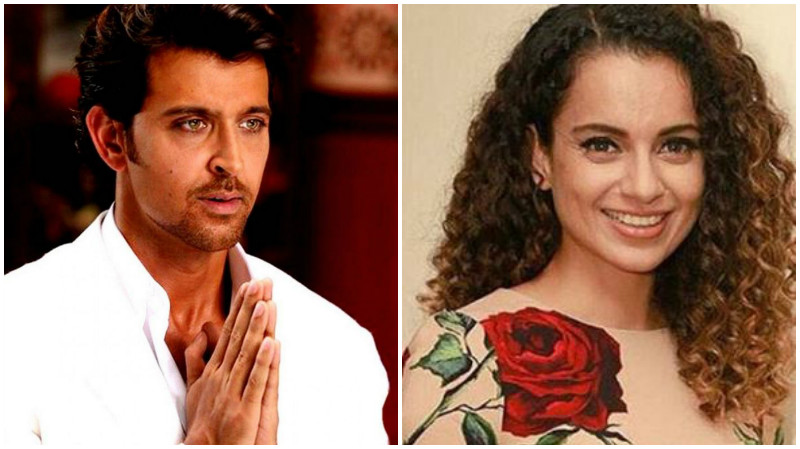 Mumbai: The Hrithik Roshan-Kangana Ranaut spat got murkier with the actress approaching the Commissioner of Police seeking the actor's arrest for allegedly circulating her personal photographs and e-mails to the media and "wilfully outraging" her modesty.

Kangana's advocate Rizwan Siddiqui sent a letter to the Commissioner of Police on April 6 requesting him to look into the matter and take appropriate action.

"My client Kangana Ranaut has been given to understand that her absolutely private and confidential e-mails as well as photographs which were collected by Hrithik Roshan during his association with her are being malafidely and mischievously misused by Hrithik Roshan with criminal intentions of damaging my client's reputation and to wilfully impute in-chastity to her," the letter signed by Siddiqui to the Police Commissioner (Dattatray Padsalgikar) read.

Kangana said that Hrithik had committed "cognisable offences" under sections 149 and 150 of CrPC and it was the duty of the police to arrest him under Section 151 of CrPC (arrest to prevent the commission of cognisable offences).

"Please do note that Hrithik Roshan has even criminally threatened my client of these actions in his notice to my client. However, as his notice received a befitting reply from me and he was not in a position to reply to the same he is now indulging in these criminal acts to put fear in the mind of my client," the letter said.

The letter further stated that while Kangana reserves her right to file FIR, she would request the police to immediately look into the matter and take appropriate action.

"We will wait for a few days and see how the matter shapes up. I don't think we can wait for too long to initiate criminal action against him (Hrithik). Earlier, we did not think of it (criminal action) as he is a family man with two kids," Siddiqui told PTI.

He added that till now they have been only replying and responding and not attacking.

Hrithik's advocate Dipesh Mehta, however, denied the allegations and said his client has not indulged in any such activities as alleged by the 29-year-old actress and her lawyer.

Earlier this week, accusing Hrithik of resorting to deviations and media trial as a face-saving tactic, Kangana had asked the actor to withdraw his legal notice to her or face action.

Hrithik, 42, had in February sent a notice to Kangana asking her to hold a press conference and tender an apology for referring to him as 'silly ex'.