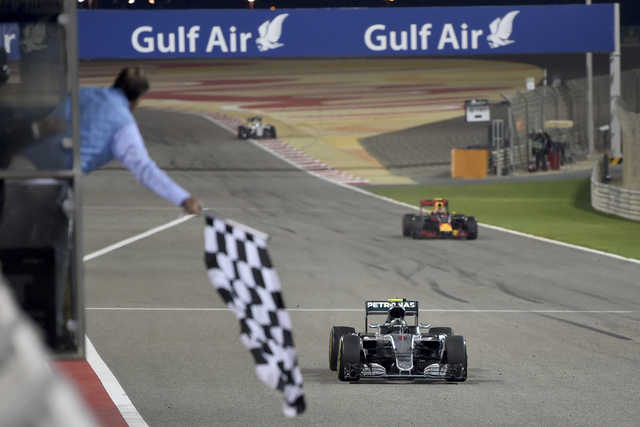 Formula One is set to revert to the 2015 qualifying format after a two-race experiment with 'progressive elimination' this season was widely lambasted as a fiasco by teams and fans.

The agreement will come into force from the Chinese Grand Prix in Shanghai on April 17.

"At the unanimous request of the teams in a letter received today, Jean Todt, president of the FIA, and Bernie Ecclestone, commercial rights holder representative, accepted, in the interests of the Championship, to submit a proposal to the F1 Commission and World Motor Sport Council to revert to the qualifying format in force in 2015," said an FIA statement.

"This proposal, if approved by the F1 governing bodies, will take effect as from the Chinese Grand Prix and will apply for the rest of the season.

"Jean Todt and Bernie Ecclestone welcomed the idea put forward by the teams to have a global assessment of the format of the weekend for 2017."

The format used in Australia and Bahrain this year saw cars steadily eliminated one by one and was meant to finish in a top-two shoot-out.

But both rounds of qualifying at Melbourne and Sakhir saw the track empty of action in the closing stages, a miserable sight for fans as well as live television coverage.

Now, the 2015 system of three qualifying rounds will return for the rest of the season after 11 teams wrote to the sport's powerbrokers insisting on a return to the format first used in 2006.

The elimination system appeared doomed as soon as it was introduced with Ecclestone saying in Australia: "I watched it, but I have to say I wasn't enthusiastic about it from day one.

"It was pretty crap."