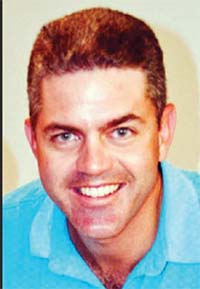 Recently a firestorm erupted over comments made by Ray Moore, tournament director of Indian Wells, one of the largest combined men’s and women’s events.

The 69-year-old suggested that the WTA “rides the coat-tails of the men” and said that if he were a lady player “I would go down every night on my knees and thank God that Roger Federer and Rafa Nadal were born, because they have carried this sport.”

While his comments were extreme and undiplomatic, and led to his resignation shortly after, to dismiss him as sexist and completely out of touch would be a mistake.

Shortly after this, Djokovic was questioned about the principle of equal prize money and found himself in very hot water very quickly when he said: “Maybe our men’s tennis world should fight for more because the stats are showing that we have much more spectators.”

Being the gentleman that he is, Djokovic also attempted to praise female players for what they have achieved, however his awkward expression only added fuel to the fire for those who took offence to his first statement! Is political correctness that out of control that a guy can’t state an opinion, which has considerable merit, without being castigated?

What Djokovic, and many others, are asking for is simply fairness or equity, which to me is a far more worthy pursuit than equality, the buzzword of our generation that no one dares to speak out against. Inequality exists everywhere and often for very good reasons – who thinks a janitor should be paid the same as a brain surgeon?

Men and women are different…shocking statement I know! Women shouldn’t expect to be employed as lumberjacks anymore than men should expect to be night nurses. That’s not to say they can’t but that people are naturally endowed with skills and attributes that can differ widely from one person to the next. As a society we have accepted that it is fair for people to be compensated according to the value they add to products and services and that it would in fact be unfair to compensate everyone equally. However when we discuss this in the context of men and women all logic seems to go out the window.

Getting back to tennis, how should we define fairness when it comes to the distribution of prize money? Surely how much money players generate through ticket sales and television rights, in other words demand for their product should be a key factor. The WTA would have us believe that their players are equal, that they do the same job and therefore produce an equally valuable product. Quite simply they don’t. Otherwise why have two separate tours that cater specifically to their players and market themselves independently?

If we take the position that women ought to be compensated beyond the value they provide in their profession to make up for past discrimination then that is a separate debate that is certainly worth having. However, the WTA is not asking for that, they want their players to be treated “equally.” So why is it that men play best of five sets in Grand Slam tournaments while women are happy to play best of three? John Cleese commented on Twitter, “I am a firm believer in equality, and I want to see more tournaments where men and women play against each other on equal terms.” It may be a tongue in cheek comment, but it highlights the fact that men and women are not and never will be physically equal, so who are we trying to fool?

At the end of the day the market (fans) dictate the value of the tennis they watch, and in my opinion the compensation players receive should be directly related to this. Novak was absolutely correct – men’s matches at combined events are currently far more popular than women’s and therefore generate more revenue. The price mechanism has a knack for creating equilibrium, but since it is seen as “unequal” to price tickets lower for the women’s matches, the results is they have less spectators. The fact that women’s tennis has been more popular than men’s at certain times in the past is not a legitimate reason to say, “Let’s just keep ticket prices and player compensation the same across the board because it all evens out in the end.” More market-related ticket prices and player compensation would help the less popular tour of the day fill stadiums while more fairly rewarding the stars of the day.