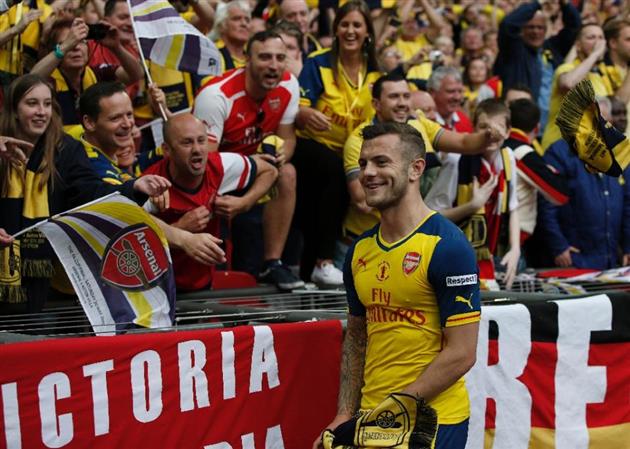 London: Arsenal midfielder Jack Wilshere ended a troubled week on a high as he made his long-awaited return from injury for the club's under-21s on Friday.

Wilshere has yet to play for Arsenal this season after breaking his leg last year, but the England international was back in action at last as he played 64 minutes against Newcastle's youngsters at the Emirates Stadium.

Not for the first time, the 24-year-old began the week in the headlines for his off-pitch behaviour after he was pictured speaking to police in the early hours of last Sunday morning during a night out in central London.

Gunners boss Arsene Wenger admitted he had spoken to Wilshere over the latest incident, but backed his player's professionalism and he will hope the star can finally focus on football now he has returned to the pitch for the first time since July.

After eight months out, Wilshere can now look to build up his fitness and play a part for Arsenal in the closing weeks of the season, as well as possibly staking a claim for England's Euro 2016 squad.

Wilshere lined up alongside Czech midfielder Tomas Rosicky, also coming back from injury, and helped the Gunners race into a two-goal lead after just eight minutes.

Rosicky, who has made just one substitute appearance this term, went off at half-time in what appeared to be a pre-planned change.

Wilshere came off shortly after the hour with Arsenal leading 3-1.