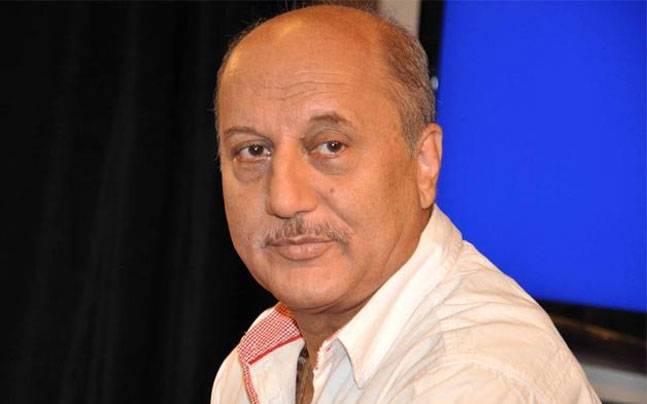 Srinagar: Actor Anupam Kher was today stopped by Jammu and Kashmir Police at the airport here and not allowed to visit the National Institute of Technology (NIT), which recently witnessed clashes between local and outstation students.

"He (Kher) was stopped at the airport and not allowed to visit NIT," a police official said.

He said Kher was asked to return to Delhi as there were apprehensions of law and order problems.

Kher reached the airport this morning and was scheduled to visit NIT to "give moral support to the students".

"Landed in Srinagar.'HOME' away from home. Will go to #NITSrinagar & meet the students & give them a warm hug & a special gift. :)" Kher tweeted.

"I have been told by J&K Police that I cannot enter Srinagar city at all. I have asked them to show me the orders. Still at the airport," he wrote on Twitter.

He said he was not going to NIT to create problems but to meet the students.

"I was going there as a citizen to meet students and give them moral support...If they say this is a law and order situation, I will say millions of people go to university, it's an open place, why should they stop me," Kher said at the airport.

The Bollywood actor alleged that police did not even allow him to visit his ancestral house or Kheer Bhawani Temple in central Kashmir's Ganderbal district.

"Asked J&K Police if I can visit my ancestral home or Kheer Bhawani temple. Even that is not allowed. Basically it is #AirportArrest," Kher said.