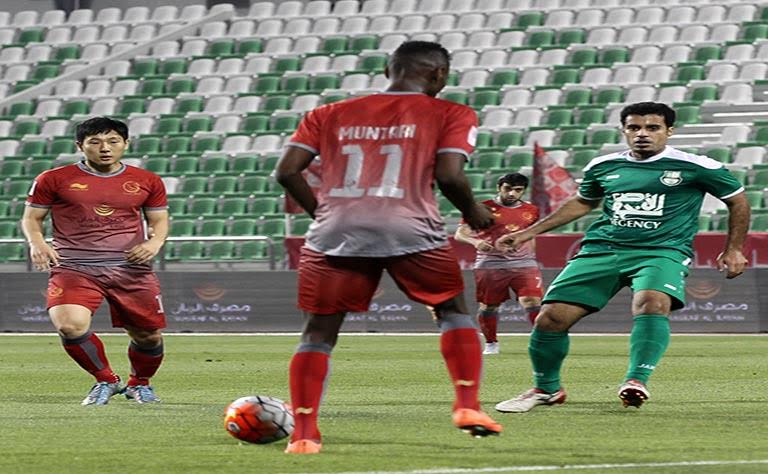 Lekhwiya unexpectedly dropped points due to breath-taking counterattack football headed by lajour who scored twice in the final 10 minutes.

Despite scoring four goals in the tie, it wasn’t enough for Djamel Belmadi’s side who will need to register a victory on the final day of the season to assure Qatar Cup qualification.

Lekhwiya opened the scoring through striker Tae-hee who hit a powerful volley from inside the Al Ahli box.

Five minutes later Iajour registered his first of the tie thanks to an assist from Capatin Mashall Abdulla.

Lekhwiya edged back into the lead on the 30th minute in fortuitous circumstances.

A speculative header from Mohammed Muntari trickled into the back of the net after a horrendous error by Ahli keeper Yazan Naeem.

Lekhwiya took a further lead a few minutes from half-time young midfielder Ahmed Al-Saadi latched onto a Karim Boudiaf past to slot in from close range the first half ended 3-1 to Lekhwiya.

Ahli rallied in the second half and clawed their way back into the tie on the 63rd minute.

A well timed leap and header was enough to creep past Yazan Naeem in the Ahli goal.

Despite being two goals down sprung into life and scored three goals in the final ten minutes to seal a famous win.

Mouchine Iajour grabbed his second of the tie to make it 4-3.

A tidy knockdown from Meshal Abdulla and a first time shot from Iajour beat Amine Lecomte at the near post.

However it was a major goalkeeping error from Qatari international Amine Lecomte.

Lecome failed to control a routine back pass, and his heavy touch allowed Mohammed Al Yazeedi to nip the ball off him and poke home from close range, making the tie 4-4.

Momentum was fully with the Al Ahli and Yusef Adam’s side took sealed a famous win in stoppage time.

Mumbele’s fine through ball found an unmarked Iajour who tapped in at the back post to seal a 5-4 victory for the Brigadiers.