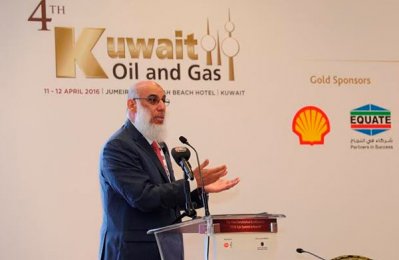 With the Middle East having a 40 per cent share of global gas reserves, more networking connectivity is needed to maximize the utilization value of such gas resources, said a top official.

“Currently, the oil market is facing price fluctuations due to increased supplies. Although the market is currently progressing, we are still dealing with changes. Naturally, as a major market, China is critical to maintain stability. Along the same lines, the oil producers meeting in Doha will have a direct impact on matters,” he noted.

Husain added: “In terms of Equate’s upcoming projects, we are continuing the execution of our 2020 Strategy and are currently looking as far as 2025. At the same time, to optimize the added-value, Equate is continuing the integration of its new subsidiary MEGlobal which we acquired at the end of 2015.”

Sponsored by Equate, Kuwait Oil & Gas Summit 2016 is held during 11-12 April with the participation of several senior officials from Kuwait Petroleum Corporation (KPC) and subsidiaries, as well as other oil, gas, petrochemical, scientific and academic organizations from around the world. – TradeArabia News Service