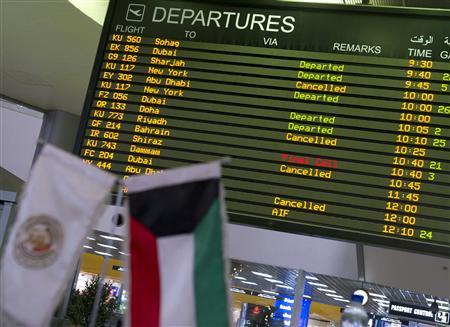 Kuwait: Ministry of Interior refuted rumours on foiling an attack by the Islamic State (IS) on Kuwait International Airport.

"rumours circulated on social networks are untrue," the Ministry's media department said in a statement, on Monday.

All security bodies are carrying out its full duties and taking all precautions to keep the country and the people safe, it added.

The statement called on people to not be influenced with false information that could be damaging to the security and stability of the country.

Some local newspapers indicated that the country's security apparatus had arrested three IS militants who planned to attack Kuwaiti airport and several mosques.