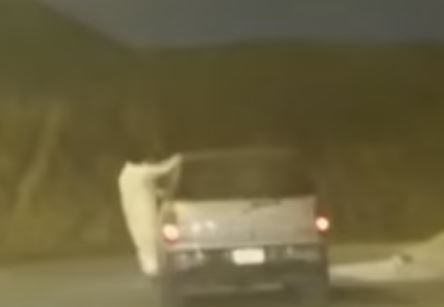 Riyadh: Police arrested a Saudi national for performing dangerous stunts with his car by standing on its running board.

He was arrested while showing-off his ‘skills’ in the city of Mecca in Western Saudi Arabia.

According to a report in Arabic daily Sabq, police impounded his vehicle as he was attempting to stage another show in his GMC vehicle.

The driver was referred to the competent traffic authorities.

The netisens reacted on the incident and demanded severe punishment, arguing that light sentences would not deter others from similar acts.

“If he is so reckless as to put his own life and those of innocent people at risk, he should do his crazy and senseless things away from urban areas,” said an online user.